Zareen said that her mother was feeling unwell and had to be rushed to the hospital.

Bollywood actress Zareen Khan on Tuesday informed her fans and followers that her mother has been hospitalised. She also requested everyone to pray for her speedy recovery.

Without divulging any details about her health, Zareen said that her mother was feeling unwell and had to be rushed to the hospital.

"My mom is very unwell again...had to rush her to the hospital again last night...she is in the ICU. Requestion all of you to please pray for my mom's speedy recovery," she wrote on her Instagram stories. According to several media reports, Zareen's mother was admitted to the hospital last month as well.

Zareen Khan marked her big Bollywood debut in 2010 opposite Salman Khan in the film 'Veer'. She then appeared in a special song 'Character Dheela Hai' in the film 'Ready'.

Her second film was 'Housefull 2' in which she played the role of JLo, the love interest of Jolly who is played by Ritesh Deshmukh. Zareen then starred in 'Hate Story 3', 'Aksar 2' and the horror film '1921'.

Read Also
'I never wished to be an actress': Zareen Khan opens up on challenges in Bollywood, body-shaming and... 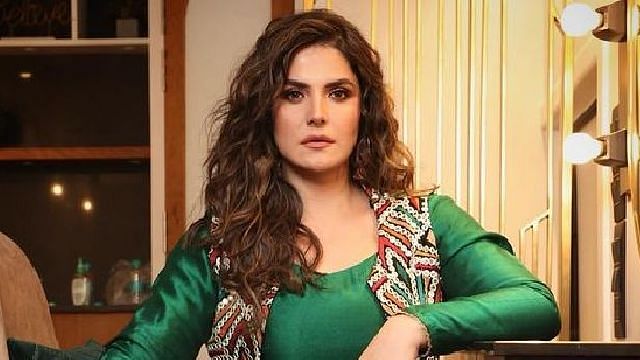