Kapoor will be returning to the screens after a gap of three years.

Bollywood actor Shahid Kapoor, whose film ‘Jersey’ will hit the screens on April 14, is reportedly the longest celluloid of his career to date.

As per reports, the film has a run time of 2 hours – 50 minutes – 43 seconds and has been passed by the Central Board of Film Certification (CBFC) with zero cuts and a U/A certificate.

Kapoor will be returning to the screens after a gap of three years.

In an interview with PTI, he shared that he was looking for an emotionally intense story post the success of his last release 'Kabir Singh' and found that in 'Jersey', a redemptive drama of a former cricketer picking up the bat again for his son.

The 41-year-old actor - who has attained both commercial success and critical acclaim with films such as ‘Ishq Vishk’, ‘Jab We Met’, ‘Vivah’, ‘Kaminey’, ‘Haider’ and ‘Kabir Singh’ among others - said his aim was to entertain the audience with a story that is peppered with romance, emotion and has its fun moments.

"After I did 'Kabir Singh', I wanted to find a story which can give the audience a complete experience. People do come with expectations after you have given them an experience that stays with them, which 'Kabir Singh' was. I have worked very hard to find a subject which had the emotional potential and the story to stay true to people's expectations," Shahid said.

'Jersey' is a remake of the Telugu film of the same name featuring Nani and Shraddha Srinath and is helmed by Gowtam Tinnanuri, who had also directed the original.

Read Also
THIS is what Shahid Kapoor has to say about Jersey releasing on the same day as KGF: Chapter 2 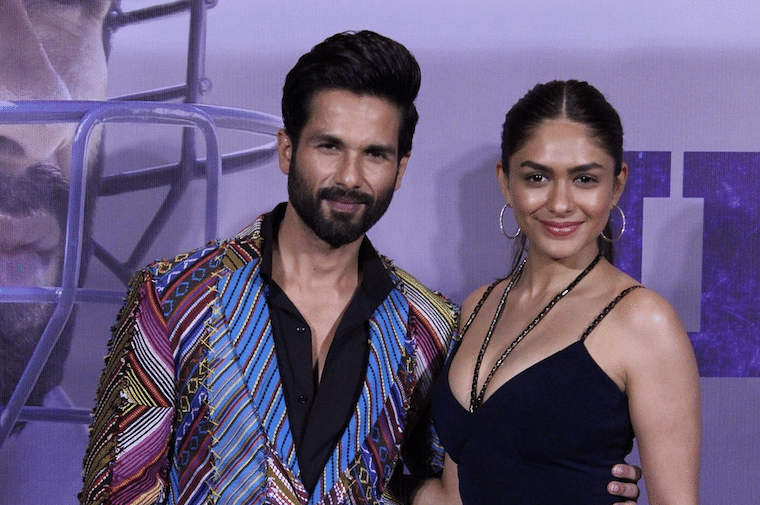