"We've been clear that we will take strong enforcement action on behavior that has the potential to lead to offline harm. The referenced account has been permanently suspended for repeated violations of Twitter Rules specifically our Hateful Conduct policy and Abusive Behaviour policy," read a statement shared by the micro-logging site.

"We enforce the Twitter rules judiciously and impartially for everyone on our service," it added. 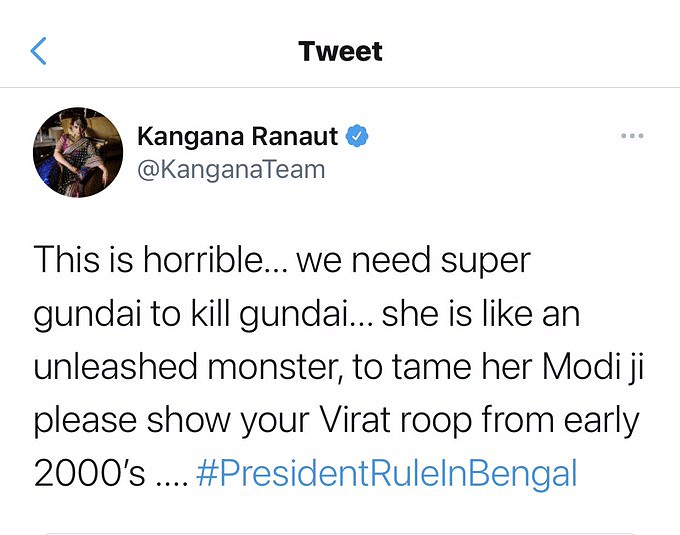 Moments after her account was suspended, in an official statement shared by the 'Panga' actor's team, Kangana has said that 'Americans feel entitled to enslave a brown person.'

"Twitter has only proved my point they are Americans and by birth a white person feels entitled to enslave a brown person, they want to tell you what to think, speak or do," she said.

Meanwhile, this isn't the first time that the actor has been penalized by the social media platform. Earlier this year, certain restrictions were imposed on her account after she posted an incendiary tweet against Amazon Prime Video series Tandav, in which she said it was ‘time to take (the makers') heads off’ for hurting religious sentiments.