As India and South Africa locked horns in the third and final ODI on Sunday, Vamika was seen alongside Anushka in the stands.

Actor-producer Anushka Sharma on Monday issued a statement that she along with her cricketer husband Virat Kohli were caught off-guard after images of their daughter Vamika went viral on social media.

As India and South Africa locked horns in the third and final ODI on Sunday, Vamika was seen alongside Anushka in the stands, and the images went viral on social media. When Kohli brought up his half-century, Kohli gestured towards Vamika and he celebrated with a cradle gesture.

"Hi guys, we realize that our daughter's images were captured at the stadium yesterday and widely shared thereafter. We want to inform everyone that we were caught off guard and did not know that the camera was on us," Anushka and Virat wrote in their Instagram story. "Our stance and request on the matter stays the same. We would really appreciate it if Vamika's images are not clicked/published for reasons we have explained earlier. Thank you," they added.

This was the first time that Vamika's photos were seen anywhere, and immediately the images started doing the rounds on social media.

Earlier, Kohli and Anushka had urged the media to not click Vamika's pictures to maintain the couple's privacy.

This is the reason many fans on social media criticized the broadcaster for showing Vamika on live television.

For the unversed, Virat and Anushka had earlier issued an official statement revealing the reason for keeping Vamika away from the limelight, "We have decided as a couple to not expose our child to social media before she has an understanding of what social media is and can make her own choice."

The couple became parents to their baby girl in January 2021.

Recently, Anushka had also penned a note thanking the camerapersons for not clicking pictures of their daughter Vamika while they accompany Virat for his cricket match tours. 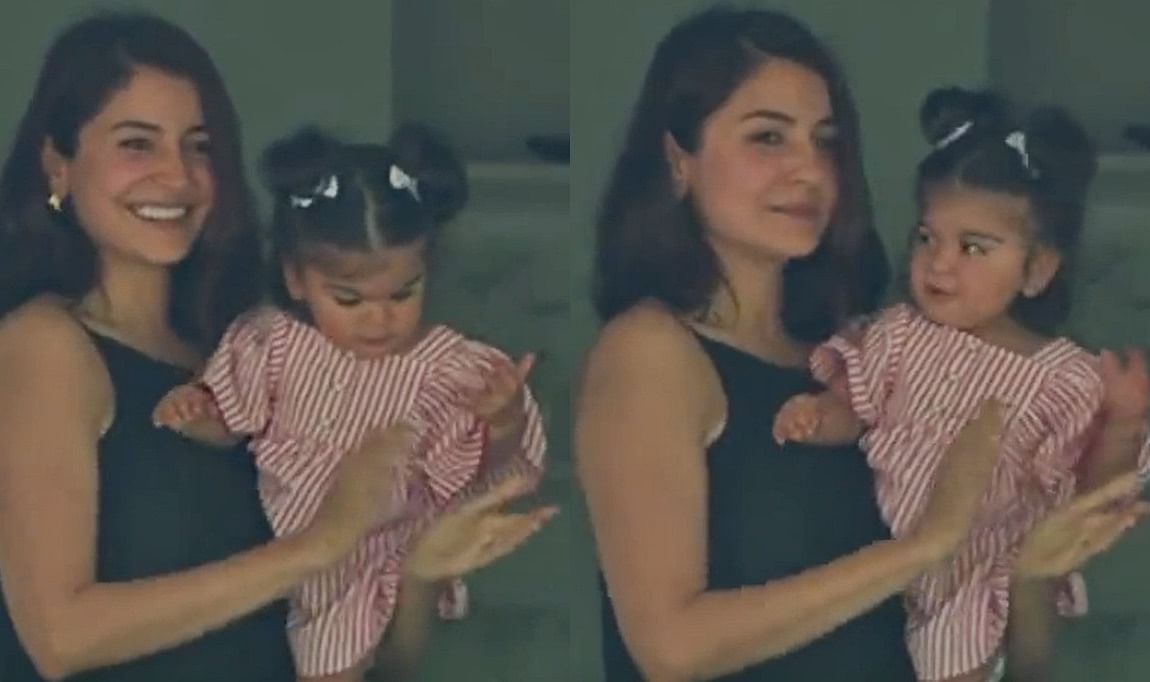