Sara was last seen in the film 'Atrangi Re'.

Bollywood actress Sara Ali Khan, who is usually a paparazzi favourite, recently got miffed with them and refused to stop and pose for them.

A video of the incident has gone viral on the internet in which Sara can be seen approaching her car while smiling and waving at the paparazzi. Amid the commotion, she accidentally gets pushed by a photographer present at the spot, which leaves the actress upset, who then swiftly walks to her car and sits inside.

While the shutterbugs apologised to her and mentioned that she got pushed by mistake, Sara can be seen in no mood to stop by, and was heard saying, "Aap dhakka maarte ho".

On the work front, Sara was last seen in the film 'Atrangi Re', which also starred south superstar Dhanush and Akshay Kumar in key roles. The film was touted to be a romcom helmed by Anand L Rai.

She is currently busy shooting for her upcoming film 'Gaslight', co-starring Vikrant Massey. It will be the first time that both the actors will be seen sharing screen space.

Besides, she will also be seen paired alongside Vicky Kaushal in Laxman Utekar's next. The film is yet to be titled.

Read Also
Sexy Sara Ali Khan is a beach bum in a vibrant bikini; her latest pictures are a proof 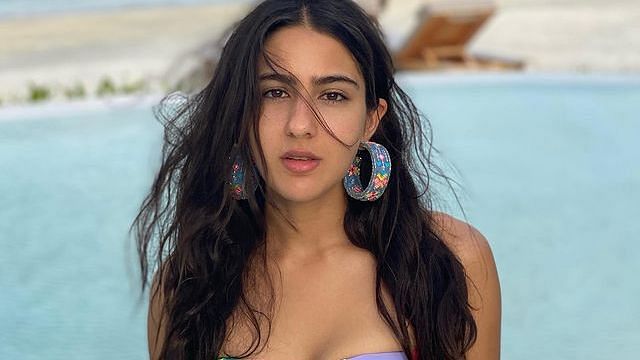