Watch: Taimur Ali Khan yells 'bas karo' to paps as they interrupt his playtime with Jeh

Kareena and Saif got married in 2012 and welcomed their first child, Taimur, in 2016.

Taimur Ali Khan, the elder son of actors Kareena Kapoor Khan and Saif Ali Khan, is undoubtedly a favourite of the paparazzi, but looks like he is not quite fond of them.

In a video which is going viral on the internet, Taimur can be seen enjoying his playtime with younger brother Jeh, in his building premises. As usual, the paps were gathered at the place to get some photos of the kids with their mother Kareena, but it was not appreciated by the young Nawab.

In the video, an annoyed Taimur can be seen waving his hands at the photographers and say 'Bas karo' repeatedly, asking them to stop clicking pictures.

He only stopped after Bebo interrupted him and took him aside along with her.

Kareena and Saif got married in 2012 and welcomed their first child, Taimur, in 2016. In 2021, they once again became parents to baby boy Jehangir Ali Khan, aka, Jeh. Besides, she also has a project with Hansal Mehta that she is co-producing, a film with Sujoy Ghosh, and Karan Johar’s 'Takht' in the pipeline.

On the other hand, Saif will be next seen in the much-anticipated film 'Adipurush'. An adaptation of the Hindu epic Ramayana, 'Adipurush' will see Saif play the role of Lankesh.

He will also star in 'Vikram Vedha' opposite Hrithik Roshan. 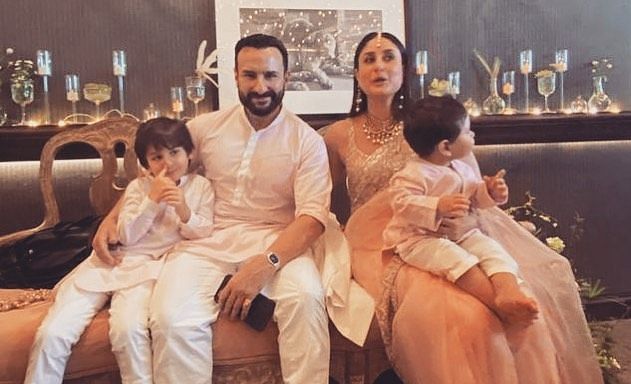 'Taimur take your finger out of your nose': Kareena Kapoor reveals what trying to get a family...
Advertisement