Sara, who is currently shooting for her upcoming film with Vicky Kaushal, took to her Instagram handle to share a sneak peek into her Sunday morning.

Looks like actor Sara Ali Khan's Sunday morning didn't turn out very Chaka Chak. The actor, who is currently shooting for her upcoming film with Vicky Kaushal, took to her Instagram handle to share a sneak peek into her Sunday morning.

Uploaded on her Instagram Story, the video looks pretty routine-like wherein Sara can be seen getting ready with her make-up artist and asking for a nariyal-paani (coconut water). Suddenly, a light bulb explodes and the video crashes, capturing the shocked and scared actor.

Months after working for filmmaker Laxman Utekar's untitled film, Sara along with her co-star Vicky Kaushal wrapped the shooting in Indore.

Actor Sharib Hashmi, who is playing a pivotal role in the movie, took to his Instagram handle and shared two pictures from the wrap party on the film set. The post that was shared on Saturday night features the whole cast and crew of the yet to be titled film.

Going by Hashmi's post, it is still not clear if the team has completely wrapped up the shooting, or had just completed Indore's shoot schedule.

From solidifying her foot in the film industry with her 2018 debut film 'Kedarnath' to playing the chirpy queen Shagun Sathe in 2018's third highest-grossing film 'Simmba', Sara Ali Khan has emerged as one of the finest new actors in Bollywood.

Speaking to ANI, the 26-year-old actor said she still consults her parents-- Amrita Singh and Saif Ali Khan before signing a film.

"I consult both of them, but the thing they both have taught me is that as an actor if you're not excited every morning for the shoot, then don't do it," Sara shared.

Sara Ali Khan is the daughter of veteran actors Amrita Singh and Saif Ali Khan. The two, who also share son Ibrahim Ali Khan, ended their marriage in 2004. Saif is now married to Kareena Kapoor, and the couple has two children, Taimur and Jeh. 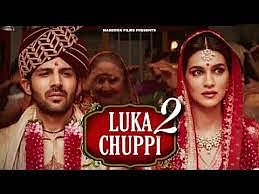