Watch: Salman Khan gets emotional as he recalls having no work for 6 months after 'Maine Pyar Kiya'

The 22nd edition of the IIFA Weekend and Awards was held on Saturday. The three-day extravaganza concluded at the Etihad Arena, part of Yas Bay Waterfront on Yas Island in Abu Dhabi and celebrated the best of Hindi films in the last two years.

Now, in a video surfaced online, Khan can be seen getting emotional as he recalled his initial days in showbiz, revealing that he was practically jobless after 'Maine Pyar Kiya'.

Salman Khan shared, "After Maine Pyar Kiya released, Bhagyashree decided she didn't want to work anymore, because she wanted to get married. Aur wo pura credit leke chali gayi (she took all the credit). For six months, I had no movie. And that's when a 'devta saman aadmi' (God-like man), Ramesh Taurani, entered my life. My father at that point of time paid 2000 rupees and coaxed producer GP Sippy to make a fake announcement in a film industry magazine that he had signed me for a film. GP did that but there was no picture. But Ramesh Taurani went to Sippy's office and paid ₹5 lakh for the music of the film. It was because of those 5 lakhs that I finally got a film called Patthar Ke Phool (1991). Thank you!"

Salman will be next seen in 'Tiger 3' along with Katrina Kaif. He has also been working on 'Kabhi Eid Kabhi Diwali'.

In 'Tiger 3' Khan will reprise the role of the suave spy, Tiger opposite Katrina Kaif. The actioner, backed by Yash Raj Films has been directed by Maneesh Sharma and also stars Emraan Hashmi as the antagonist.

On the other hand, 'Kabhi Eid Kabhi Diwali' stars Pooja Hegde, and Shehnaaz Gill, and is produced by Sajid Nadiadwala and directed by Farhad Samji. The film, reportedly billed as a comedy drama, will release on December 30, 2022.

Read Also
'You can play the heroine’s role in my films,' host Salman Khan tells Sara Ali Khan as he wows... 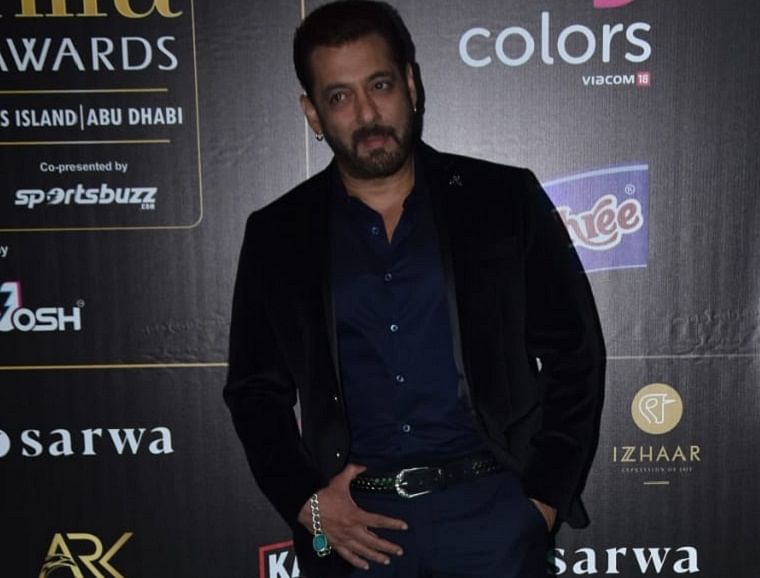 HomeEntertainmentBollywoodWatch: Salman Khan gets emotional as he recalls having no work for 6 months after 'Maine Pyar Kiya'