Mahima Chaudhry narrated her journey of discovering she had breast cancer in the clip, fighting against it, and emerging as a warrior

Veteran Bollywood actor Anupam Kher on Thursday shared a video of actress Mahima Chaudhry and revealed that she is suffering from breast cancer.

In the video, he called Mahima a 'hero' and added that she wanted him to disclose the news to her fans.

The 'Pardes' actress narrated her journey of discovering she had breast cancer in the clip, fighting against it and emerging as a warrior.

Anupam Kher wrote along with the video, "Story of @mahimachaudhry1‘s courage and Cancer: I called #MahimaChaudhry a month back from US to play a very important role in my 525th film #TheSignature. Our conversation turned to her discovering that she has #BreastCancer. What followed is in this candid conversation between us."

"Her attitude will give hope to so many women all over the world. She wanted me to be part of her disclosing about it. She calls me an eternal optimist but dearest Mahima! “You are my HERO!” Friends! Send her your love, warmth, wishes, prayers and blessings. She is BACK on sets where she belongs. She is ready to fly. All those producers/directors out there! Here is your opportunity to tap on her brilliance! Jai ho to her," he added. 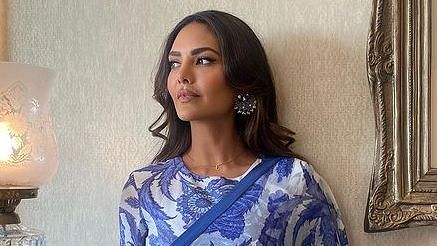 Moments after he shared the video, actress Genelia Deshmukh commented, "More power to you @mahimachaudhry1. Sir, you are always amazing and someone that person to lean on."

Mahima has appeared in many successful films like 'Daag-The Fire', 'Dhadkan', 'Dil Kya Kare' and 'Lajja'. She was at the peak of her career when she decided to get married and bit goodbye to Bollywood.

Mahima married Bobby Mukherji, a businessman in 2006. Her marriage did not last with him and the couple got separated in 2013. Mahima has a beautiful daughter named Ariana.