Be it a raging high spirit of “Jeetega Kaun?.. Hindustan” or watching Ayushmann Khurrana as an undercover officer, 'Anek' has been eagerly awaited by the audience and now giving fire to the anticipation, the maker drops the special promo of the political action thriller.

Anubhav Sinha with 'Anek' has ignited the zeal of patriotism in the masses and it is not showing any ending with the ever-increasing craze of the film.

The audience is stunned to watch Ayushmann in a dashing avatar of an undercover officer being high on his action sequences. And now the makers bring a special promo for the audience giving a glimpse of the high-octane action the actor will be seen doing.

This special promo was launched in Kolkata where fans of Ayushmann came dressed in different ethnicities blending in the theme of the film.

As it's for the first time, Ayushmann will be unfolding such an intense character he has his own journey to reach that level.

While sharing his experience of playing the character of an undercover officer, he said, "Anek is a very different film for me as an actor. I play the role of an undercover officer for the first time, who is street smart and intelligent. He knows his way around people and also he knows how to fight. I got trained under the guidance of international actor-director Stefan Richter and Riyaz. Right from holding a gun to body language, I had to study for everything. I hope that the audience will like me in this new avatar as well."

Starring Ayushmann Khurrana and Andrea Kevichusa in the lead, 'Anek' is jointly produced by Bhushan Kumar’s T-Series and Benaras Mediaworks. The film is all set to release on May 27, 2022. 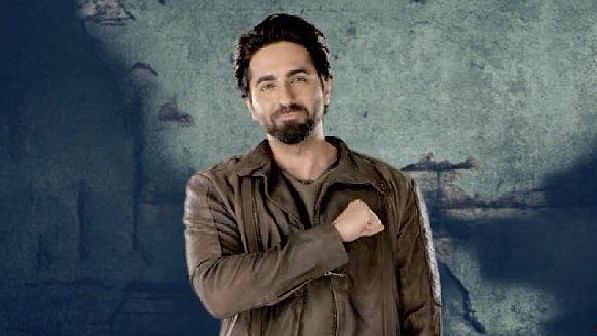