Taking to her Instagram handle, Anushka shared that she chose a cut-out gown with a knee-length slit for Karan's big birthday event. The actor let her admirers have a close peek at her glitzy ensemble. Anushka accessorized the look with a pair of bronze bangles and a chain.

"Two hours beyond my bedtime but looking fine," she captioned the photos.

Now, a video of filmmaker Ayan Mukerji greeting Anushka at the birthday bash is going viral on social media.

The clip shows Ayan asking Anushka about her daughter. He is heard saying: "How is the baby?"

However, he is later seen asking “What’s her name,” to which Anushka awkwardly responds “Vamika.”

An Instagram user wrote, “Ayan doesn’t even know her baby's name and here the whole country is going mad to see Vamika's face."

Anushka Sharma and her cricketer-husband Virat Kohli welcomed their first child, a baby girl in January 2021.

They first met on the sets of a shampoo commercial in 2013 and soon sparked romance. The duo tied the knot in December 2017, in a private wedding ceremony in Italy.

Sharma, having been away from the silver screen for more than three years, is now gearing up for her much-anticipated movie 'Chakda Xpress'.

The movie, a biopic on Women's Cricket legend Jhulan Goswami, is a story depicting her tremendous struggle and unshakeable attitude.

Hailing from a small town in West Bengal named Chakda, Jhulan developed an affinity for cricket despite various obstacles on her way. The movie revolves around the highlights of Goswami's career, from convincing her parents and breaking the stereotypes to her rise as one of the greatest Women's cricketers India has ever produced.

The film is slated to release in the second quarter of 2022 on Netflix. 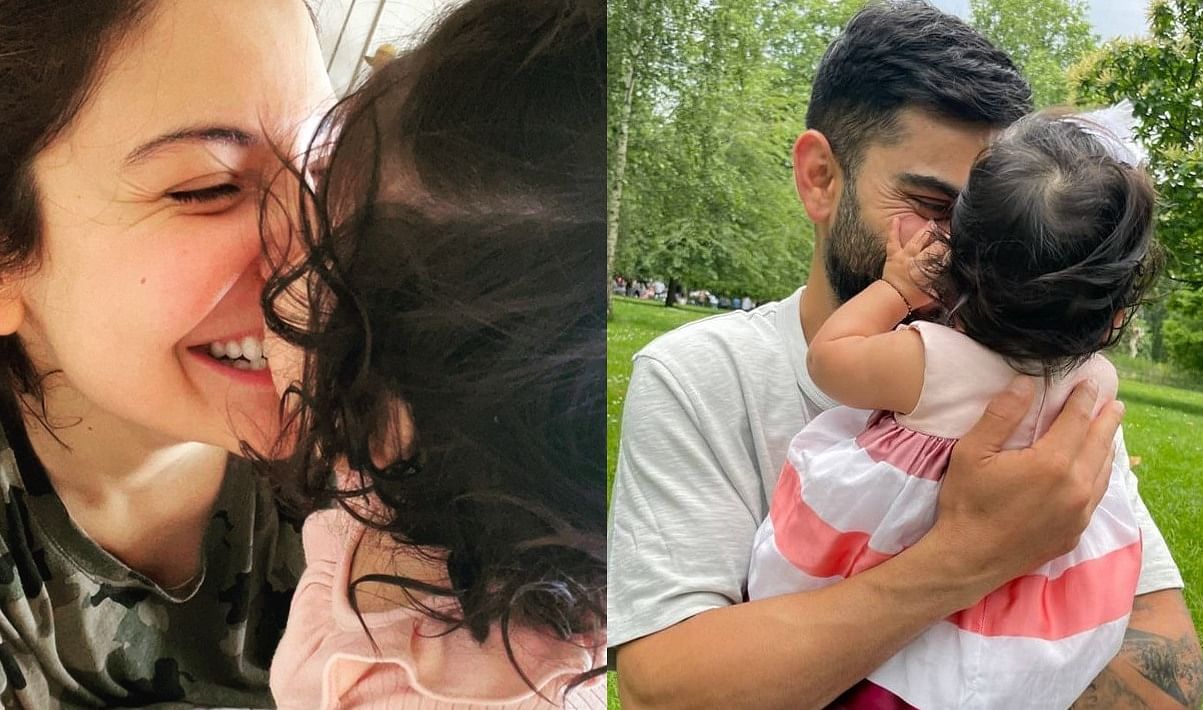