Vivek Ranjan Agnihotri: 'Indians have to be united to safeguard the country from the enemy within'

As an artist, he said, it’s his duty to tell the truth through his art

Indians in UK and a number of other organisations, gathered in unprecedented numbers to listen to filmmaker Vivek Ranjan Agnihotri on June 12.

In this event, the filmmaker said Indians have to be united to safeguard their country from the enemy within. As an artist, he said, it’s his duty to tell the truth through his art.

A crowd of 1,000 plus was cheering at Agnihotri’s fiery speech on injustice, diversity, inclusiveness and world peace. He made a strong case to fight terrorism through humanity and with Indic philosophy of Oneness.

Agnihotri said Hindus respect and celebrate diversity across all aspects of life including religions and expect the same in return.

Hyde Park was filled with roars of Vande Mataram when Agnihotri made the crowd to take a pledge. Thousands of people repeated after Agnihotri:

"We take a pledge on this day of 12th June 2022 at the speaker’s Corner, Hyde Park, London that we Bharatiyas shall stand united against terrorism. As United Bharatiyas we condemn the world’s longest continuous Genocide of Hindus in Kashmir. We take pledge that we will stand up and speak up against communal and radical forces. We shall speak up every time injustice is done to any Hindu in the world. We condemn the curbing of FREE speech at Oxford University. We resolve that we are United as Bharatiyas and we shall dedicate ourselves to common goal of protecting the civilisational state of Bharat from its enemies. We, the United Hindus, believe in TRUTH, HUMANITY AND ONENESS. Jai Hind. Vande mataram. Bharat mata ki jai."

Agnihotri’s speech is the second time in the UK that the Indian diaspora had collected in such large numbers to listen to a public figure. First time it was for India’s Prime Minister Narendra Modi.

Despite strong security, some Pakistani groups tried to disrupt the event but failed miserably. The event ended with recital of the national anthem and Vande Mataram chants. 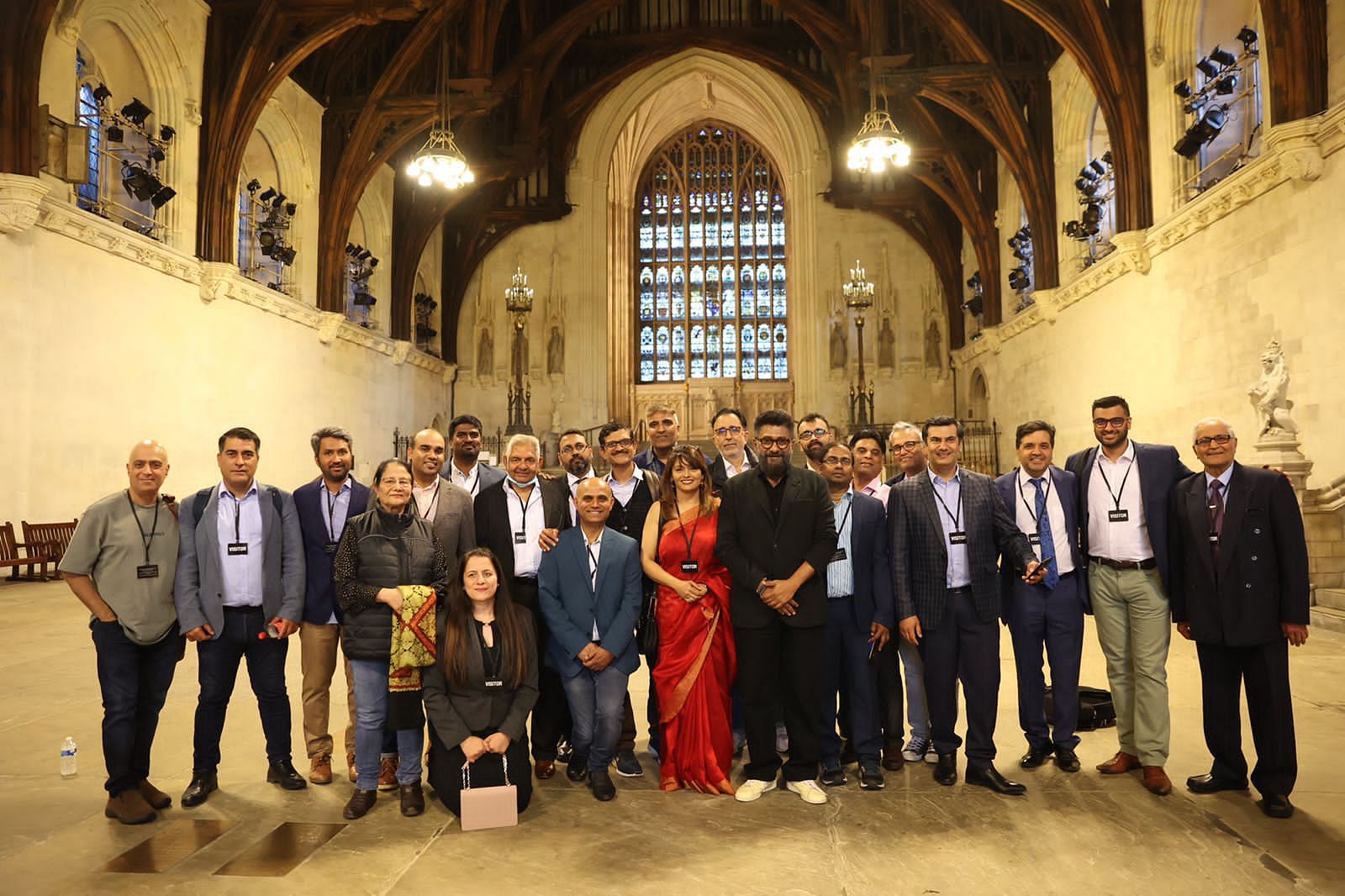 HomeEntertainmentBollywoodVivek Ranjan Agnihotri: 'Indians have to be united to safeguard the country from the enemy within'