Sharib also shared a couple of photos, where the team is seen posing for the camera.

He also called it a ‘dream team’. The 'Family Man' actor also praised Vicky, Sara, Utekar and other team members.

Sharib also shared a couple of photos, where the team is seen cheering.

As soon as he shared the post, Vicky commented, "Mere Bhai."

The shooting of the yet-untitled film reportedly took place in Indore. Vicky and Sara have collaborated for the first time for a film.

Several photos and videos of Vicky and Sara from the shoot of the film have been doing the rounds on social media platforms.

Meanwhile, Vicky was last seen in 'Sardar Udham' which released on Amazon Prime Video. On the other hand, Sara's performance in her recently-released 'Atrangi Re' is being lauded by the critics and audiences. 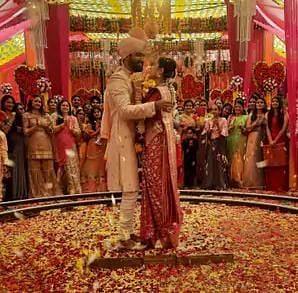