Madhubala and Dilip Kumar dated for 9 years and got engaged.

Bollywood actress Madhubala at one point dated Dilip Kumar and Prem Nath simultaneously, according to a new book released on the life and times of Bollywood legend Dilip Kumar. However a Twitter thread that claims to be Madhubala's side of the story, by her sister Madhur Bhushan.

According to the thread, Madhubala first fell in love with Premnath. The relationship lasted six months. It broke on grounds of religion. He asked her to convert and she refused. The next relationship was with Dilip Kumar. when they met on the sets of Tarana. They dated for nine years and did films like Sangdil, Amar and Mughal-e-Azam. They later got engaged. 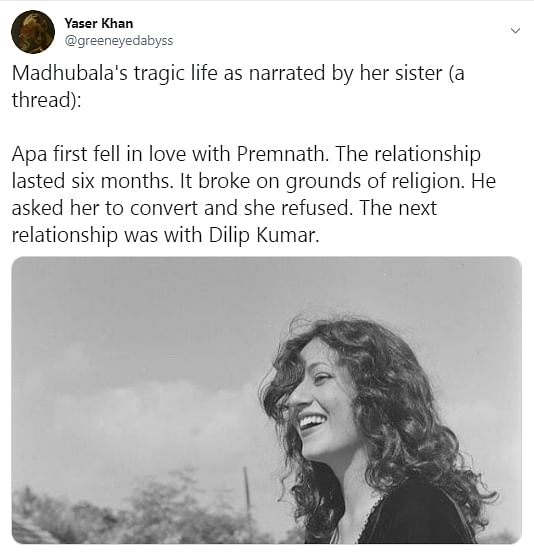 Earlier this year, reports suggested that Madhubala's father Attaullah Khan did not approve of the romance, because she was the sole breadwinner of a big family and he feared marriage to Dilip Kumar would mean she would stop working in films, thereby cutting off the family's only income source.

The thread claims that her father never stopped them from getting married because they had enough money. The breakup with Dilip Kumar happened due to the court case during Naya Daur in the mid ’50s. The unit was to shoot somewhere in Gwalior. During the shooting of another film Jabeen Jaleel, at the same location, a mob had attacked the women and even torn their clothes off. Attaullah was wary and just asked that the locale be changed. It further added that Dilip Kumar called Attaullah ‘a dictator’ in court and sided with the Chopras (late BR Chopra was the director). However, he kept urging Madhubala to leave her father and only then he would marry her. But she remained firm that he ought to apologise to Attaullah. 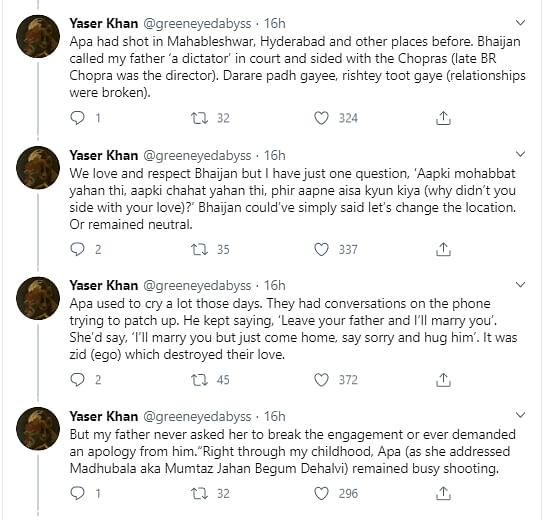 This ended their courtship and the duo broke off their engagement.

The book however, has a different contention. At the height of the Dilip Kumar-Madhubala romance, the book suggests, Attaullah Khan wanted Dilip Kumar to star opposite his daughter in a film he wished to produce. The book adds that Attaullah also wanted Dilip Kumar to work exclusively on priority for his banner. This was, naturally not acceptable to Dilip Kumar, who otherwise was keen to marry Madhubala if she agreed to stop working in films after settling down. 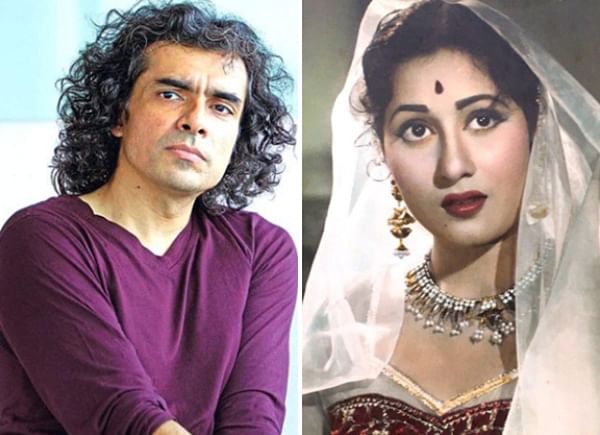