Throwback to Kangana Ranaut's best, worst and weirdest on Twitter

The microblogging site has banned Kangana Ranauts account, taken down her tweets, and reactionary meme fests never cease to overflow social media, but she goes on unfazed.

Love her, loathe her, you cannot ignore her -- certainly not on Twitter. The microblogging site has banned Kangana Ranauts account, taken down her tweets, and reactionary meme fests never cease to overflow social media, but she goes on unfazed.

The self-proclaimed "mother of all fathers", aka "#babbarsherni", will continue to regularly post a few choicest ones. If there is no Twitter, there is always Koo.

From nepotism to CAA and farm laws to onslaughts on Twitter itself, and from comparing herself to Meryl Streep to declaring she is the greatest actress in the world, Kangana goes for the jugular with whatever she takes on. By turns outrageous, melodramatic, irreverent and almost always controversial, the one thing about Kangana's tweets that stays a constant is they never fail to amuse.

We decided to compile a few that should surely make it as pick of her posts. (Kangana to Prime Minister Modi, seeking a ban on Twitter in India)

"Massive transformation alert, The kind of range I display as a performer no other actress on this globe has that right now, I have raw talent like Meryl Streep for layered character depictions but I can also do skilled action and glamour like Gal Gadot #Thalaivi #Dhaakad."

"I am open for debate if anyone can show me more range and brilliance of craft than me by any other actress on this planet I promise to give up my arrogance, until then I can surely afford the luxury of pride." 'BLASPHEMY': Twitter reacts in disbelief after Kangana Ranaut compares herself to Meryl Streep

(That's what happens when Nick Powell, who choreographed action sequences in Braveheart, The Gladiator and the Tom Cruise-starrer The Last Samurai, says Kangana "pulled off smoother stunts than Tom Cruise" in Manikarnika)

(Libru role models' Rihanna or Mia Khalifa are yet to reply to Kangana, though protestors did draw out a few stills of the "Queen" actress that feature her in far too 'libru' attire and scenes than would fit the 'Sanghi Naari' tag, though Diljit Dosanjh did bring out a paen of love for Rihanna titled "RiRi") 'Sit down you fool': Kangana Ranaut lashes out at Rihanna for speaking in support of farmers'...
Advertisement

"Yeh her only achievement is it be a sasti copy.... since she styled herself like me people started noticing her, librus r happy to find not just sasti also atrocious, ugly and more than willing to be anti national as well, Never saw such a wannabe, desperate and clueless moron."

(The mention of Taapsee Pannu is normally enough to make Kangana see red. And here was Taapsee voicing opinion on the farmers' protest. Time for some thunder, naturally) 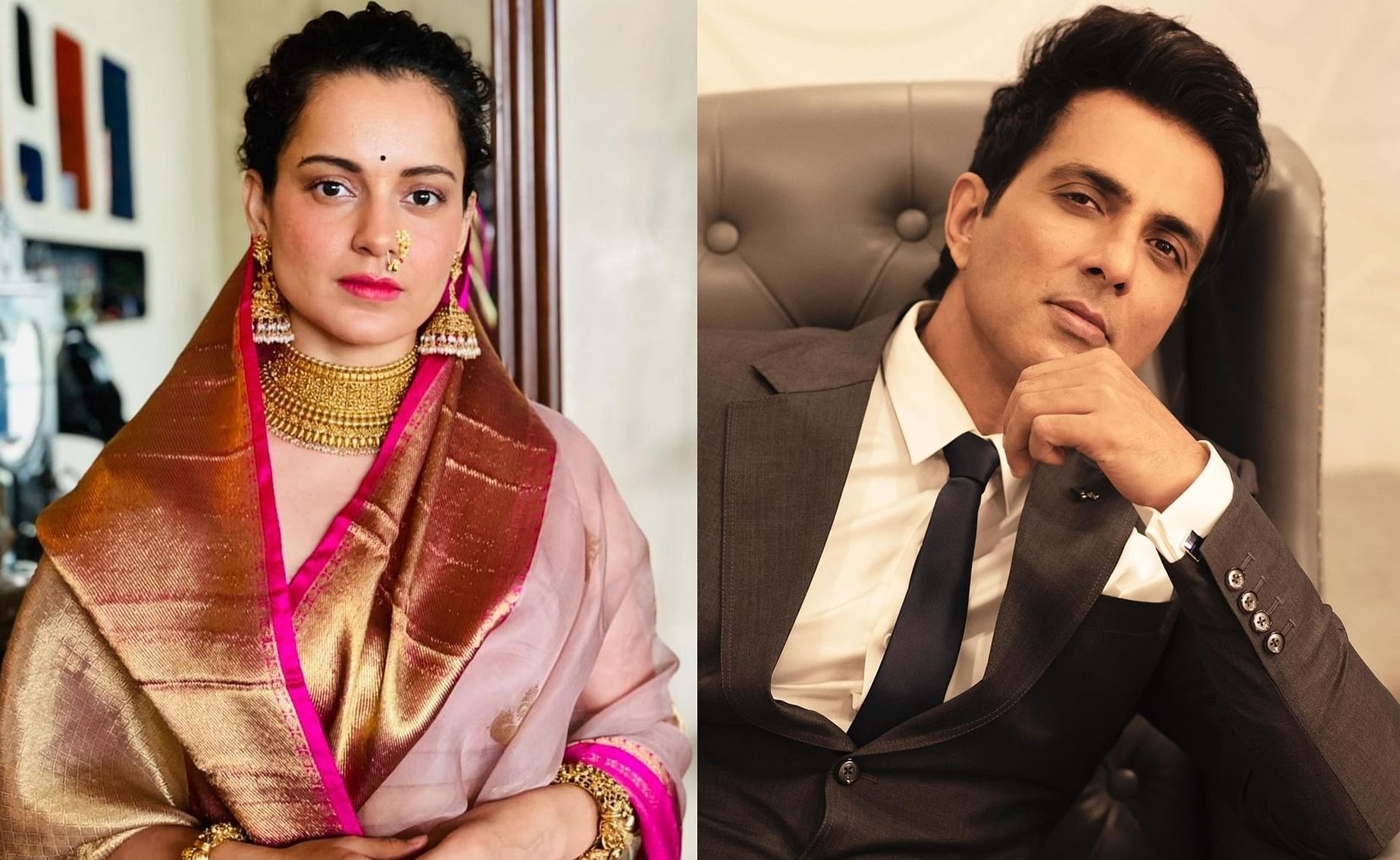