Advertisement
Home / Entertainment / Bollywood / 'This is the best age to bring up kids': Saif Ali Khan on becoming a 'quad-father' at 50

'This is the best age to bring up kids': Saif Ali Khan on becoming a 'quad-father' at 50

Saif said, "There’s nothing better than waking up in my country home and spending a Sunday reading in a large bed, surrounded by my wife, kids and dogs.”

Back in August actors Kareena Kapoor Khan and Saif Ali Khan announced that they were expecting their second baby, "We are very pleased to announce that we are expecting an addition to our family!! Thank you to all our well-wishers for all their love and support."

Saif’s sister Soha Ali Khan while congratulating called him a ‘quad-father’ given that the actor is already a dad to daughter Sara, son Ibrahim with first wife Amrita Singh; and baby boy Taimur with Bebo.

Reacting to the same, the Nawab told Mumbai Mirror, “This is the best age to bring up kids. When you are young, you are more concerned with yourself, your career, but now, when you are more settled, you have lots of time and patience for them apart from love. And for me there’s nothing better than waking up in my country home and spending a Sunday reading in a large bed, surrounded by my wife, kids and dogs.”

Meanwhile, Khan is all set to write an autobiography. The book will be out in 2021.

The 50-year-old actor will share his experiences in life, talk of his family, acting career, highs and lows, and inspirations, among many other things. He hopes to open up with all his heart and a dash of humour.

"So many things have changed and will be lost with time if we don't record them. It would be nice to look back; to remember and to record. It has been funny and moving, and I must say, this is quite a selfish endeavour. I do hope others enjoy the book, too, of course," Saif said about his yet-untitled autobiography, to be published by HarperCollins Publishers India.

Besides that, he has also been confirmed as the antagonist in the much-hyped Om Raut directorial Adipurush, starring Telugu superstar Prabhas.

On returning in yet another role with negative shades in an Om Raut film, Saif said: "I'm thrilled to be working with Omi dada again! He has a grand vision and the technical knowledge to really pull it off. He has taken me beyond the cutting edge of our cinema in the way he shot Tanhaji and this time he is taking us all further!

On working with "Baahubali" hero Prabhas in such a big project, he added: "It's a phenomenal project and I'm super thrilled to be a part of it! I look forward to clashing swords with the mighty Prabhas and to play a role that is electrifying and demonic."

The film is currently in pre-production stage. It is expected to go on floors in 2021. 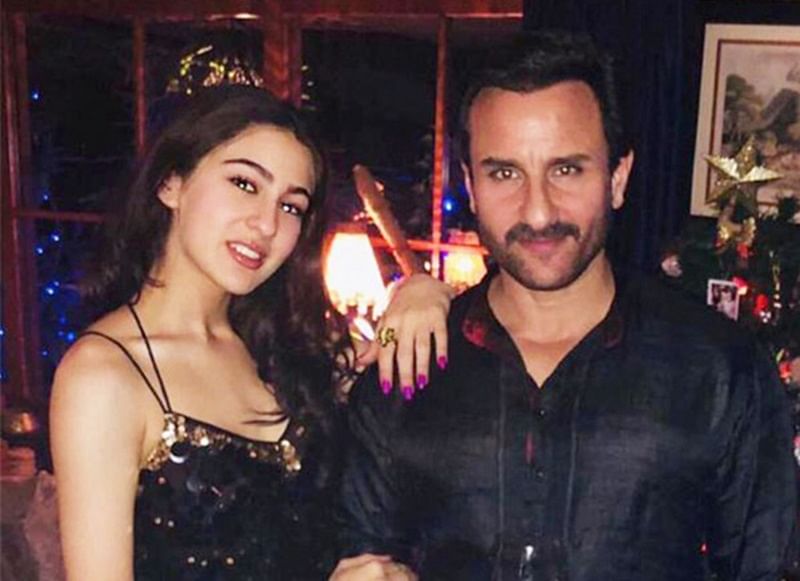 'I am always there for them': Saif Ali Khan amid reports of 'distancing' himself from Sara after NCB...