Madras High Court has given Former Tamil Nadu Chief Minister J Jayalalithaa’s niece Deepa, the permission to sue the makers of ‘Thalaivi’ and any other projects on the late CM’s life.

Madras High Court has given Former Tamil Nadu Chief Minister J Jayalalithaa’s niece Deepa, the permission to sue the makers of ‘Thalaivi’ and any other projects on the late CM’s life.

Kagana Ranaut’s upcoming flick, ‘Thalaivi’ is based on the life of Tamil Nadu CM Jayalalithaa. The film traces Jayalalithaa’s journey from movies to films. ‘Thalaivi’ has run into trouble as the Madras High Court has granted late leader’s niece Deepa, the permission to sue the makers of the film.

Earlier this month, Deepa had moved to the High Court seeking a stay on projects being made on Jayalalithaa’s personal and political life. There are two projects in the works, Kagana’s ‘Thalaivi’ and another web-series directed by Gautham Menon.

Now that Deepa has been granted the permission, she can sue the director and the makers of ‘Thalaivi.’ 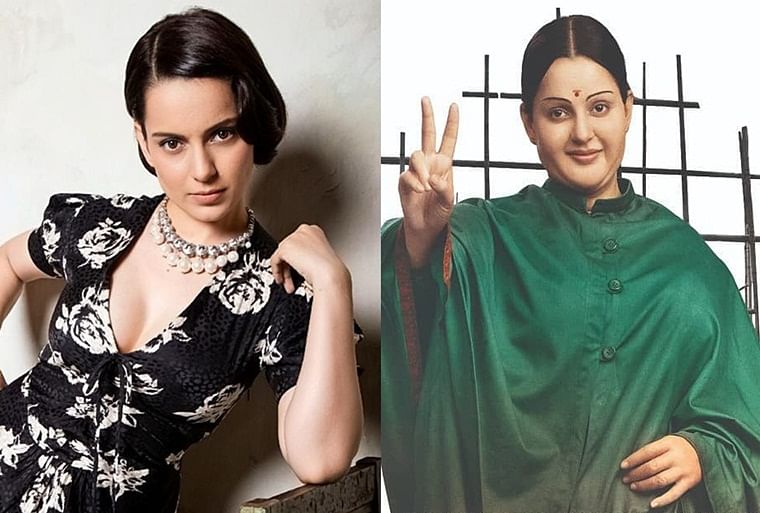 According to a news report, in her affidavit, Deepa has said that neither Vijay nor Menon took her consent before starting the project. And hence, they do not have any legal rights to depict the life of Jayalalithaa on celluloid. She further added that she wants the makers to submit the entire script and seek her permission.

The first look poster and the teaser of ‘Thalaivi’ was shared by the makers last week on the internet. The video received mixed reactions from Netizens. The video, shows Kangana in two distinct looks in and as Thalaivi. Kangana Ranaut has gone a complete transformation and nailed both Jayalalithaa’s look and body language. The first look teaser shows the early years of Jayalalithaa’s career when she was a superstar heroine, and the focus then shifts to her years as a politician, a look that everyone had been eagerly waiting for.

Twitterati were divided in their opinion.

While some panned the prosthetics that have gone into transforming Kangana into Jayalalithaa, others expressed excitement at the idea of seeing the actress essay the late politician in the upcoming film.

Many users on Twitter started trolling the actress over a bas prosthetic make-up look calling her potato and various other names.

Kangana's sister, Rangoli Chandel, who has always stood beside her finally hit it back on the trolls by calling them a 'samosa gang' and their opinions 'inconsequential.'