Sen shared a video of the hospital's CEO Sunil Sagar, breaking down on camera due to the scarcity of oxygen cylinders at his hospital.

As parts of India grapples the need for oxygen cylinders amid the second wave of COVID-19, former Miss Universe and Bollywood actress Sushmita Sen said that she was able to organise a few for Delhi's Shanti Mukand Hospital but was unable to send them over from Mumbai.

Sen shared a video of the hospital's CEO Sunil Sagar, breaking down on camera due to the scarcity of oxygen cylinders at his hospital.

In the clip, he can be heard saying, "We're hardly left with any oxygen. We've requested doctors to discharge patients, whoever can be discharged...It may last for 2 hrs or something."

Sharing the video, Sushmita tweeted, "This is deeply heart breaking...oxygen crisis is everywhere. I have managed to organise a few oxygen cylinders for this hospital but have no way to transport it to Delhi from Mumbai...please help me find a way.”

While scores of fans helped Sen find alternatives to help, one Twitter user wrote, If Oxygen Crisis is everywhere why are you sending it to Delhi instead of giving it to some similar hospital in Mumbai," to which the actress replied, "Because Mumbai still has oxygen cylinders available, that’s how I found it. Delhi needs it, especially these smaller hospitals, so help if you can."

Later, Sen shared on the microblogging platform that the hospital had received oxygen from elsewhere.

In a subsequent tweet, she wrote, "The said hospital has oxygen organised for now!!! It gives us more time to send the cylinders!! Thank you all soooooo much for helping create awareness & support!! deeply grateful!!! Stay good hearted...it suits you.”

On work front, Sushmita was recently conferred with the prestigious National award titled 'Champions Of Change Award' for her contribution towards women empowerment and social welfare.

Currently, she is shooting for Season 2 of the series. Directed by Ram Madhvani, Sandeep Modi, and Vinod Rawat 'Aarya' is an official Indian remake of a popular Dutch show 'Penoza'. 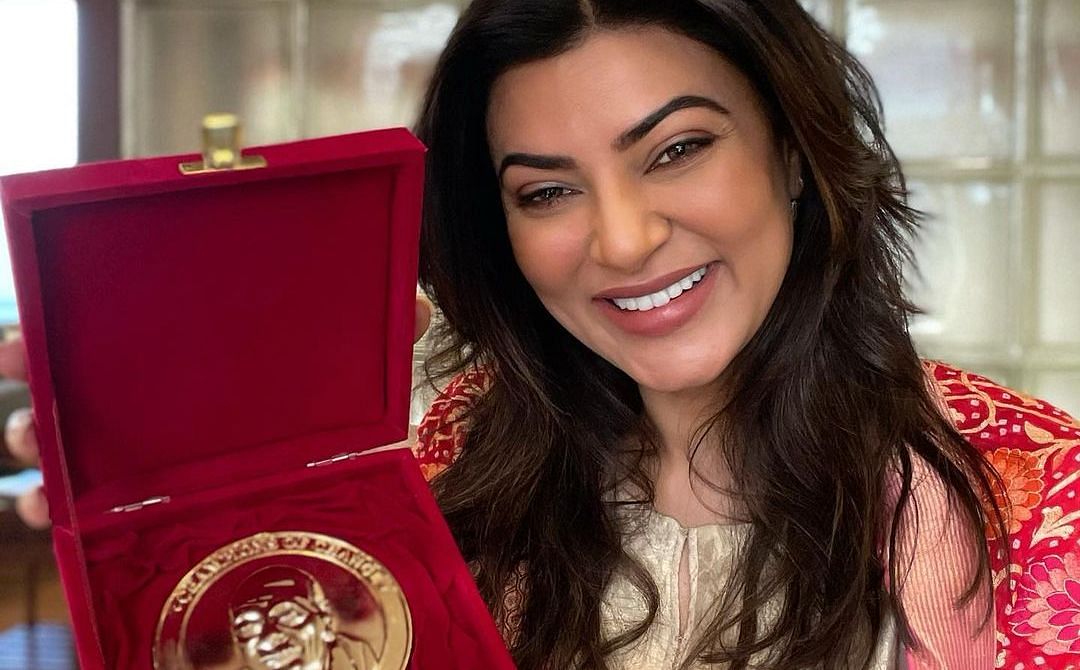