Bollywood veteran Anupam Kher on Thursday alleged that his follower count on Twitter has reduced drastically in the last 36 hours. The actor tweeted revealing the figures and said he is curious to learn whether it is a technical glitch or something else.

Bollywood veteran Anupam Kher on Thursday alleged that his follower count on Twitter has reduced drastically in the last 36 hours. The actor tweeted revealing the figures and said he is curious to learn whether it is a technical glitch or something else.

"Dear @Twitter and @TwitterIndia! I have 80,000 less followers in the last 36 hours! Is there a glitch in your app or something else is happening!! It is an observation. Not a complaintÂ... yet," Kher tweeted on Thursday.

Reacting to the veteran actor's tweet, Ssumier wrote, "Dear god I lost lot of my friends and family members in this pandemic .. I see 10 less people who loved me .. is there a glitch in your software or something else .. it’s is an observation. Not a complaint ....

"Are we serious ? That we still worry about our followers ... are we so obsessed with this social media ? This pandemic has taught us nothing ... I thought great people think wise," the actor added in the caption of his Instagram post.

Ssumier, who has starred in 'Sasural Simar Ka' and 'Tenali Rama'. is popularly known for his character 'Pammi Aunty'. Recently, Kher was trolled for his interview criticising the government.

In an interview to NDTV, the former FTII (Film and Television Institute of India) chairperson said that it is important to hold the government responsible for what is happening in the country in the wake of the second COVID-19 wave.

Anupam added that it was time for the government to understand that there's more to life than image building.

The veteran actor, who is often viewed as being close to the Narendra Modi-led government, was brutally trolled by a section of Twitter. 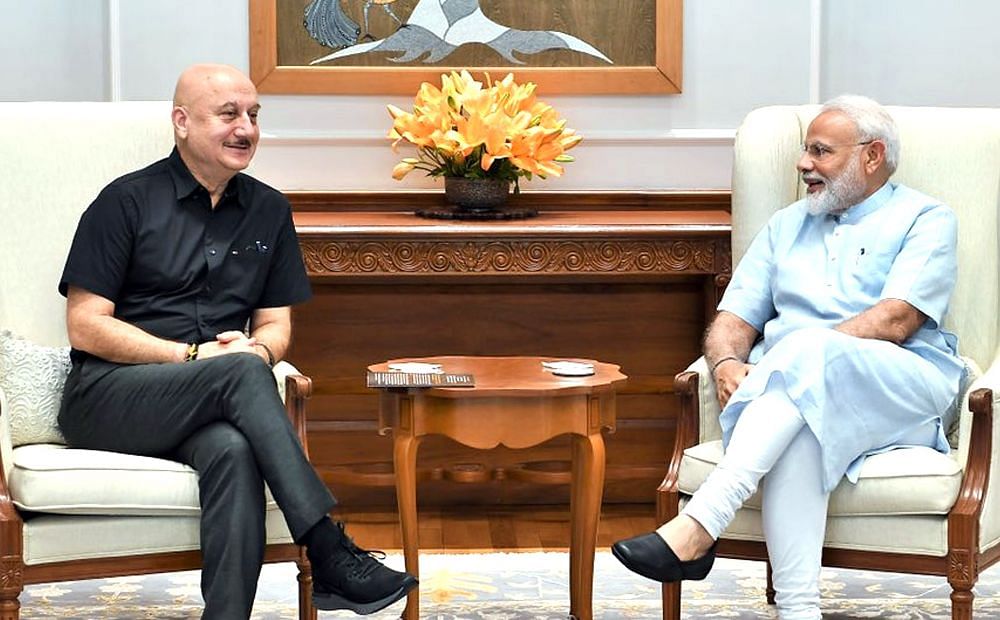 On the work front, the actor is all set to anchor and narrate the upcoming documentary film "Bhuj: The Day India Shook", the trailer of which was released earlier this week.

The documentary talks about of the devastating earthquake of 2001 and captures first-person accounts of survivors, rescuers, journalists, photographers, and earth scientists. The film is scheduled to release on June 11 on discovery+.