New Delhi (India): The official teaser of Abhishek Sharma's 'The Zoya Factor' starring Sonam Kapoor in the lead role was released on Sunday.

The teaser resembles with one of those 'good luck emblem' selling spiritual advertisements. It showcases 'Zoya' as the first lucky charm of India whose luck has now been captured by the scientist.

A Hindu priest is also shown endorsing the 'Zoya Kavach' in the teaser. At the end of the teaser actor, Pankaj urges everyone to try out his luck.

The 'Aisha' actor is dressed in a blue and golden bordered sari, teamed with heavy jewellery and is engulfed in the 'Kavach' as a goddess. 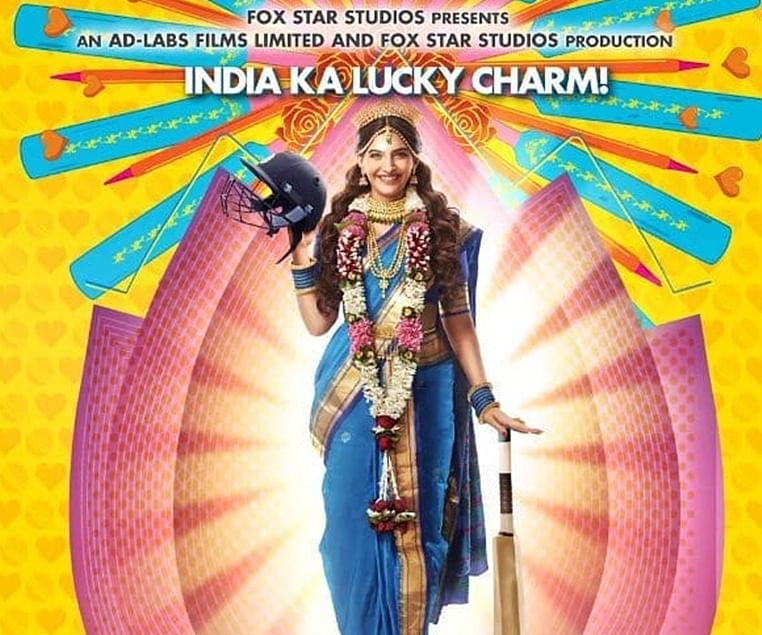 The upcoming film is based on Anuja Chauhan's 2008 novel of the same name and also stars Sanjay Kapoor in a pivotal role.

The novel revolves around a Rajput girl -- Zoya Singh Solanki, an executive in an advertising agency, who meets the Indian Cricket Team as part of a project. Following an interesting turn of events, she ends up becoming a lucky charm for the team during the 2011 Cricket World Cup.