In fact, some social media users have even said that they feel that SRK's movie is a Hindi adaptation of 'Darkman'

Mumbai: Shah Rukh Khan's teaser and first look for his upcoming film 'Jawan' has caught the attention of fans who are raving about the superstar's appearance.

The bandaged look seen in the teaser and that had trending on social media platforms, according to some netizens bears a striking similarity to that of the character played by Liam Neeson's in his 1990 hit 'Darkman'.

In fact, some social media users have even said that they feel that SRK's movie is a Hindi adaptation of 'Darkman'.

A Twitter user shared a picture of both the actors and wrote "Ek aur copy #Jawaan #Darkman. sure they'll alter the plot story with #Bollywood tadka, mirch masala, romance and item song #SRK but the overall shape would be #copycat #Bollywoodcopy".

Similarly, another netizen remarked: "Wow #Jawan looks to be having all the original elements. #Jawanteaser 'Jawan' is King Khan's third movie to be announced this year. Directed by celebrated director Atlee the film is scheduled to screens in June 2023.

On Friday, Shah Rukh shared teaser of the movie and wrote on Instagram: "An action-packed 2023!!- Bringing #Jawan to you, an explosive entertainer in cinemas 2nd June 2023. In Hindi, Tamil, Telugu, Malayalam and Kannada." 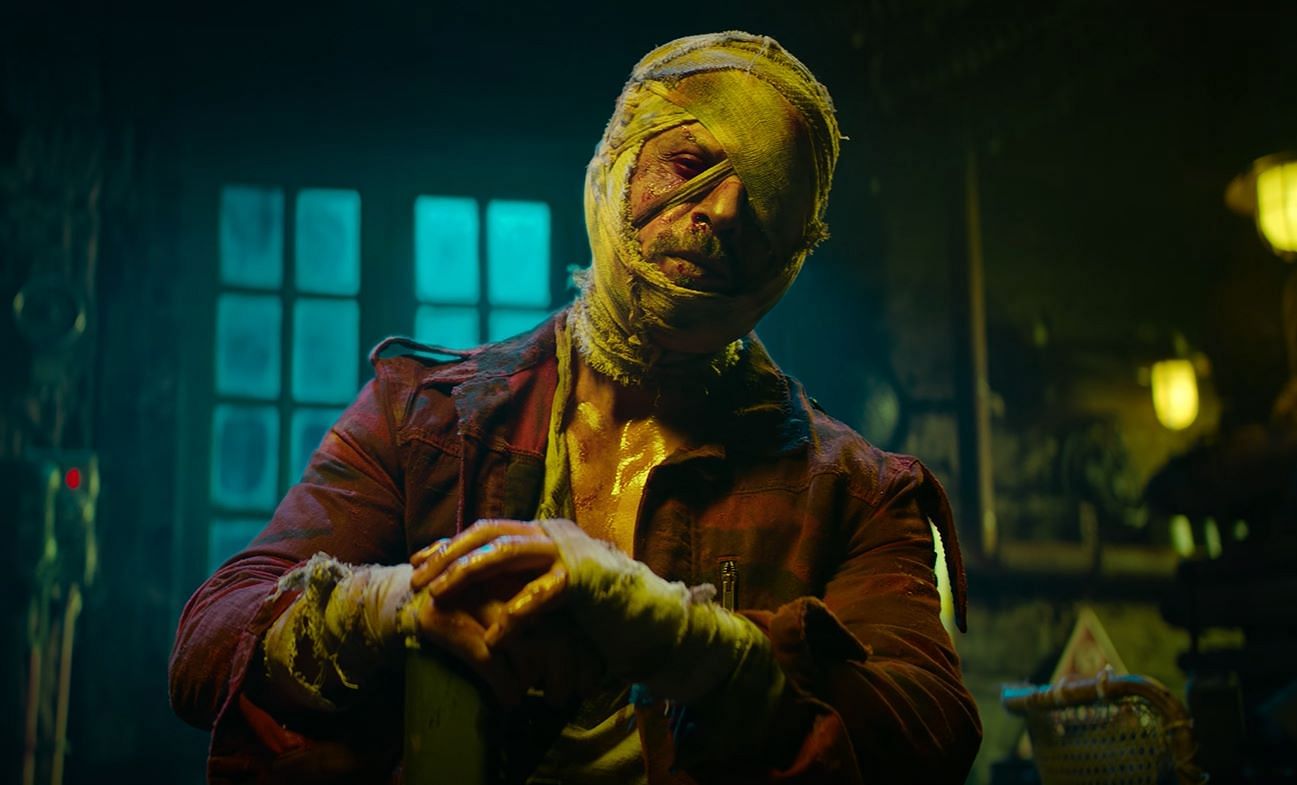