Advertisement
Home / Entertainment / Bollywood / Sara Ali Khan on Ibrahim's Bollywood career: 'A dream right now, making it a reality is on him'

Sara Ali Khan on Ibrahim's Bollywood career: 'A dream right now, making it a reality is on him'

Sara Ali Khan on Ibrahim's Bollywood career: 'A dream right now, making it a reality is on him' |
Advertisement

Saif Ali Khan and Amrita Singh's son Ibrahim Ali Khan has been making headlines for his hilarious TikTok videos. The star kid is the brother of 'Love Aaj Kal' actress Sara Ali Khan. Ibrahim has managed to gain a massive fan following on social media, courtesy to his entertaining and goofy videos. While fans can't wait for the Pataudi prince to make his Bollywood debut, Sara has revealed that there's still time for that.

In a recent interview, Sara Ali Khan spoke about her brother Ibrahim's TikTok viral videos and his passion for acting. Sara revealed that her younger brother has to first attend college before taking up acting as a profession. In an interview with Bollywood Hungama, she said, "He has not even gone to college as yet. And I think acting is a while away. It’s definitely something he is interested in, something he is passionate about. "

"And he’s gonna study in LA and he’s gonna study film in LA, and if he wants to do something he’ll do it. There’s a lot of hard work, as we all know, that goes into it, a lot of prep that goes into it. But at his age, before even going to college, just the desire is enough right now and then, he’ll work towards it. And if he works towards it and people like what he does, then sure. It’s a dream right now, making it a reality is on him," she added.

Meanwhile, Ibrahim has been keeping fans amused through Instagram, where he enjoys a fan following of over 493K. Apart from treating his followers with childhood pictures of himself and Sara, he also shares 'knock-knock' jokes, TikTok videos and more. 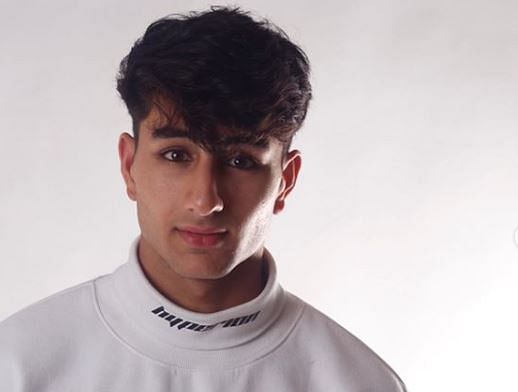