Sanjay Dutt remembers Sunil Dutt on birth anniversary: 'Your belief, love helped make me who I am'

Mumbai: Bollywood star Sanjay Dutt on Monday paid tribute to his father Sunil Dutt on his 93rd birth anniversary, crediting the veteran actor-politician for helping him become "who I am today".

The "K.G.F: Chapter 2" star shared stills from Rajkumar Hirani's "Munna Bhai MBBS", his last film with his father, and said the late actor will always be his hero.

"Your belief and love helped make me who I am today. You were, are and will always be my hero. Happy birthday, Dad," Sanjay Dutt wrote on Twitter.

Honoured with the Padma Shri in 1968 for his outstanding contribution to Arts, Sunil Dutt was one of the most popular stars of Hindi Cinema during 1950s and 1960s.

He acted in several films including the classic "Mother India" where he would meet his future wife, actor Nargis, which catapulted him to stardom. His other credits include "Gumraah", "Waqt", "Humraaz", "Khandaan", "Milan", "Reshma Aur Shera", "Padosan".

The cinema icon's daughter, Congress leader Priya Dutt, shared a black-and-white photograph of her father on Instagram to mark the occasion.

"Happy birthday to the most handsome, loving, spirited gentleman I have known and I say it with pride, he is my father my hero. He raised the bar too high, they don't make them like him anymore. Love you dad and thank you for being that pillar in our lives," she captioned the photo.

Sunil Dutt also had a successful political career. A five-time MP, he contested his first election from the Indian National Congress party in 1984. He was the Minister of Youth Affairs and Sports in the Manmohan Singh government in 2004.

Sunil Dutt died following a heart attack on May 25, 2005 at his Bandra residence at the age of 75. 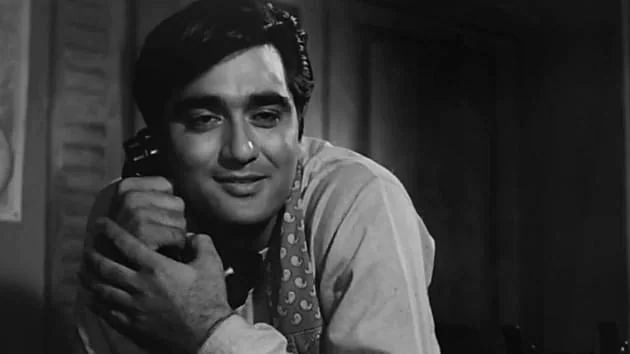 HomeEntertainmentBollywoodSanjay Dutt remembers Sunil Dutt on birth anniversary: 'Your belief, love helped make me who I am'