Ranbir Kapoor's 'Shamshera' to release on OTT? Here's what director Karan Malhotra has to say

The period action drama is produced by Yash Raj Films and is slated for release on March 18, 2022.

With the Omicron scare and rising COVID-19 cases, the release date of a lot of films have been postponed and some films have opted for a straight OTT release.

There have also been speculations that Ranbir Kapoor, Sanjay Dutt and Vaani Kapoor's 'Shamshera' might take the digital route for release.

Addressing the same, the film's director Karan Malhotra said that it is completely his producer Aditya Chopra's jurisdiction.

OIn an interview with India Today, Karan said that he knows best and that he has left it completely up to him. He said that he made the film with all his sincerity and all the efforts that he could put in and the film has shaped out well. He has left everything up to Aditya now. 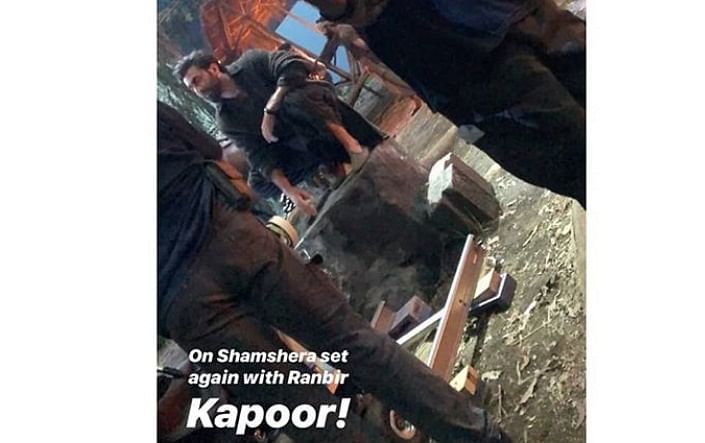 Ranbir Kapoor leaked photo from the sets of Shamshera

Karan told that he hopes 'Shamshera' releases soon. He added that it's too premature to say anything about the film now as 'we are in a state when times are so vulnerable and unpredictable'.

The period action drama is produced by Yash Raj Films and is slated for release on March 18, 2022.

It was earlier reported that as part of a deal, Amazon Prime Video will have exclusive global streaming rights to four films, including 'Shamshera', under the Yash Raj Films banner.

In September 2021, Ranbir's first look from the film was unveiled by the makers on his birthday.

Without sharing too much, the camera focuses on Ranbir's intense eyes. The actor is flaunting long hair and has a mark on his forehead. The poster has 'A legend will rise' and '18th March 2022' written on it.