Ranbir Kapoor opens up on his married life with Alia Bhatt: 'We still haven't...'

Ranbir said that they’ve been extremely busy since they got married.

Bollywood A-listers Alia Bhatt and Ranbir Kapoor have been one of the most talked-about celebrity couples and often paint the town red with their romance.

They tied the knot on April 14, 2022 at their Bandra apartment with just family and close friends in attendance.

Two months after their wedding, the 'Sanju' actor opened up about his life after marriage. In one his recent interviews, Ranbir stated that there have been no major changes in their lives.

According to a report in News18, Ranbir said that they’ve been extremely busy since they got married. The very next day of their marriage, they both left for work. While Alia went to shoot 'Rocky Aur Rani Ki Prem Kahani', Ranbir jetted off to Manali for the shoot of 'Animal'.

During the interview, Ranbir also said that when Alia comes back from London and his film ‘Shamshera’ releases, they are thinking of taking a week off. He added that they still haven’t realised that they are married.

Ranbir and Alia had fallen in love with each other on the sets of their upcoming film 'Brahmastra'. The two made their first appearance as a couple at Sonam Kapoor's wedding reception in 2018.

Read Also
Photo: Alia Bhatt is all smiles as she spends quality time with mom Soni Razdan and sister Shaheen... 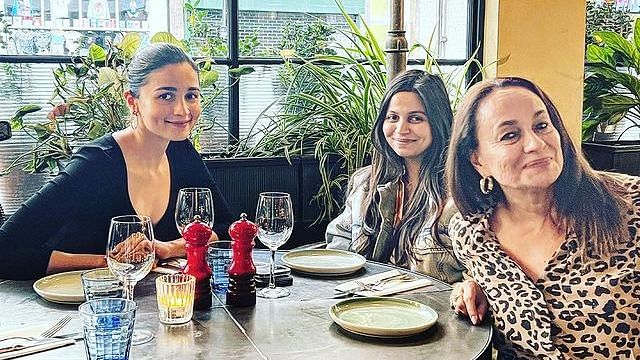 HomeEntertainmentBollywoodRanbir Kapoor opens up on his married life with Alia Bhatt: 'We still haven't...'