Ranbir Kapoor, Alia Bhatt to perform puja for Rishi, Raj, Krishna, and other ancestors ahead of wedding

Reportedly, Ranbir and Alia will tie the knot on April 15.

Ahead of their impending wedding, Ranbir Kapoor and other members of his family are all set to perform a puja in remembrance of their ancestors.

According to a report in India Today, the Kapoor family members will perform a puja for their ancestors, including Rishi Kapoor, Raj Kapoor, Krishna Kapoor and Prithviraj Kapoor, among others, before Ranbir and Alia finally take the plunge.

The report stated that the puja will take place on April 14 at Ranbir's Vastu residence.

Meanwhile, the pre-wedding festivities kickstarted on Wednesday with a Ganesh puja, followed by mehendi and sangeet ceremonies. The building has been decked up from top to bottom and heavy security has been deployed in the area. The people from the wedding team were also spotted putting stickers on the cameras of the guests and workers entering the venue.

Reportedly, Ranbir and Alia will tie the knot on April 15 at RK Studio, which will be followed by an intimate function at the ancestral residence of the Kapoors, the RK House. They will also throw not one, but two lavish reception parties for their friends from the industry over the weekend. 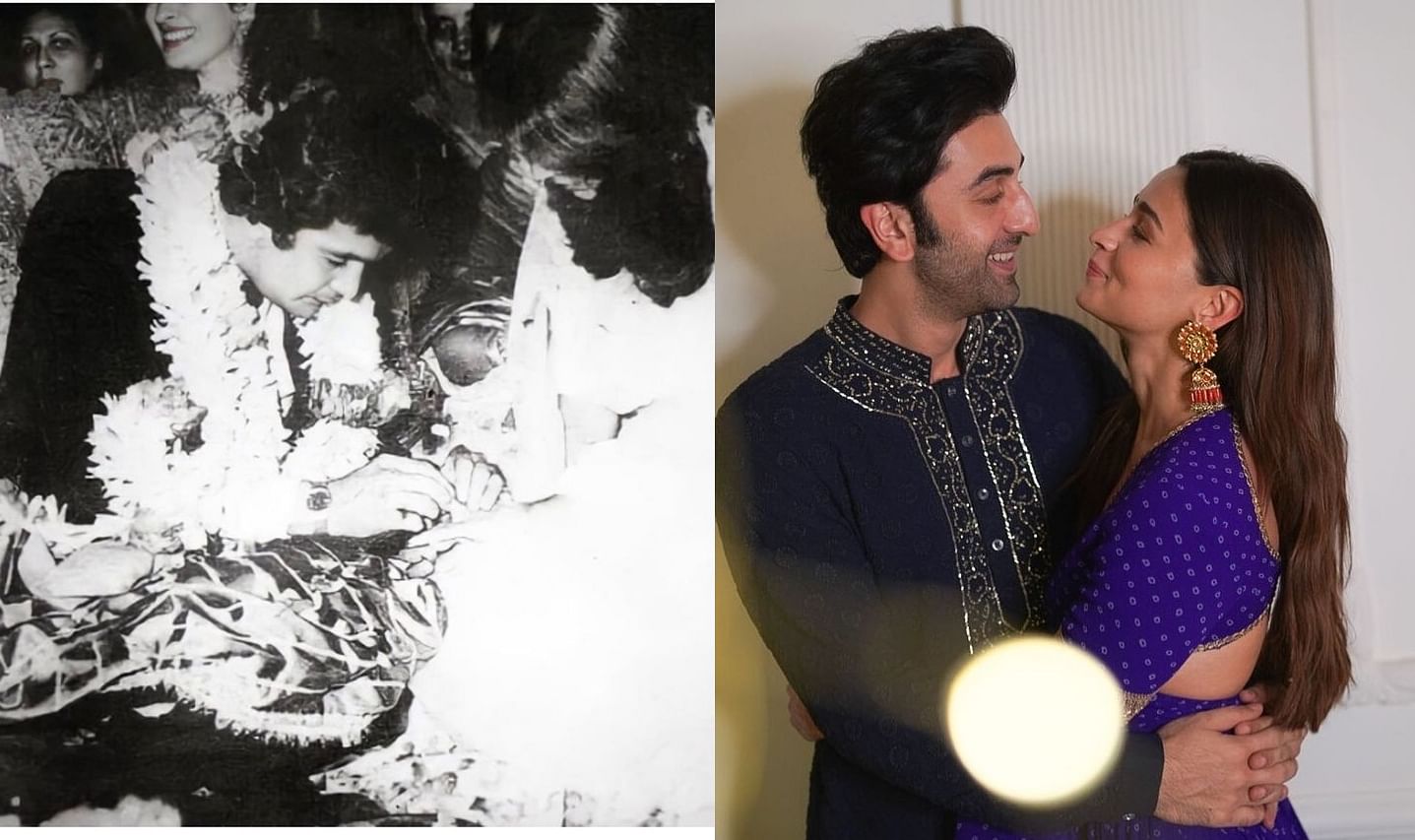 43 years later, Ranbir and Alia to get engaged on the same day as Rishi and Neetu Kapoor?