Raj Kapoor has graced our screens a number of times and shown us what real talent is.

Raj Kapoor known playfully by his loved ones as India's Charlie Chaplin has gone done in history as the greatest showman in the history of Indian Cinema and entertainment.

He has achieved a large amount of awards during his career- three National Film Awards and 11 Filmfare Awards in India. The Filmfare Lifetime Achievement Award is named after Kapoor.

Raj Kapoor has graced our screens a number of times and shown us what real talent is.

He passed away in 1988 at the age of 63 due to complications related to his asthma disease.

On his death Anniversary, let us look back at some of his best movies:

1. Mera Naam Joker: This is an Indian philosophical drama film. Raj Kapoor, the chameleon that he is, directed, produced and acted in this film. The plot of this film focuses on a clown who must make his audience laugh at the cost of his own sorrows.

2. Barsaat: The plot of this film follows two city dwellers- Pran and Gopal and how they fall inlove with village girls while on a holiday. After they return home, Gopal continues to flirt with girls while Pran realizes that he has indeed fallen inlove.

3. Awaara: This is an Indian crime drama film, produced and directed by none other than Raj Kapoor. In this movie, a poor young man named Raj played by Raj Kapoor joins a criminal gang to feed his mother. But when he falls in love with Rita, he decides to reform himself for her.

4. Shree 420: This is a comedy drama film directed and produced by Raj Kapoor. The number 420 refers to section 420 of the Indian Penal Code which prescribes the punishment for the offence of cheating. Here Raj Kapoor plays the role of Ranbir Raj.

5. Jagte Raho: This film centers on the trials of a poor villager (Raj Kapoor) who comes to a city in search of a better life. However, the naive man soon becomes trapped in a web of middle-class greed and corruption.

6. Teesri Kasam: This is a drama film and it is about how a naive bullock-cart driver falls for a travelling courtesan. 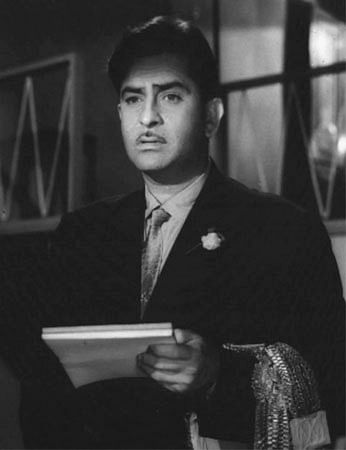