Shibani Dandekar is extremely proud of her husband and actor Farhan Akhtar, who has just made his Hollywood debut with 'Ms. Marvel'.

Taking to Instagram Story, Shibani expressed her excitement about Farhan's role in the show. "Can't wait for this. So proud of my guy," she wrote.

Shibani also dropped a teaser of the project that revealed the first look of Farhan. 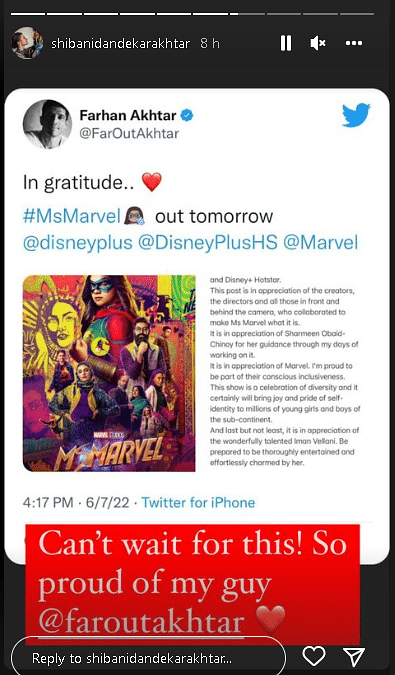 In the teaser, Farhan is seen sporting mid-shoulder level hair and a full-grown beard. His character is seen imparting wisdom to Iman Vellani's Kamala Khan.

"What you seek is seeking you," Farhan is seen telling Kamala Khan.

"What you seek is seeking you! Ms. Marvel, an original series from Marvel Studios is now streaming in Hindi, Tamil, Telugu, Malayalam and English," Shibani captioned the post.

Farhan's look from the show has garnered a lot of praise from social media users.

"MARVEL-ous Indeed you are Farhan," a netizen commented. "Oh My God! You look so good," another one wrote.

'Ms. Marvel' is one of the highly anticipated Marvel Cinematic Universe (MCU) projects. It introduces Iman Vellani as Kamala Khan, aka the titular character, who is a Muslim American teenager growing up in Jersey City. An avid gamer and a voracious fan-fiction scribe, Kamala is a superhero mega-fan with an oversized imagination -- particularly when it comes to Captain Marvel.

Read Also
Taapsee Pannu on Mithali Raj's retirement: 'She is a legend we can never thank enough' 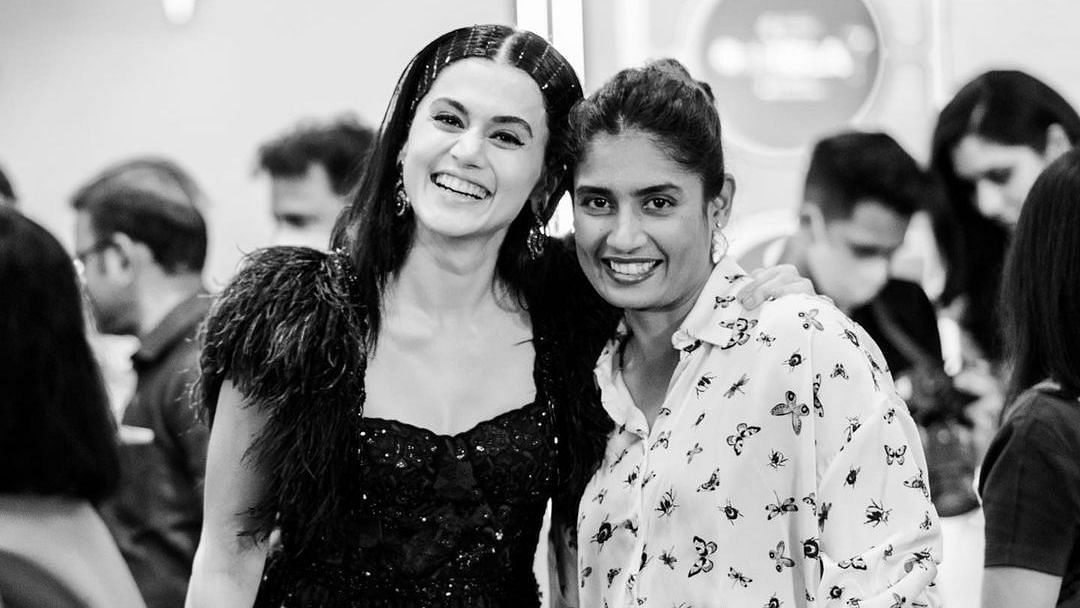