Priyanka Chopra to bring more South Asian representation to Hollywood: 'I never had that when I joined'

The globetrotting queen Priyanka Chopra Jonas has put India on the map of world cinema with her journey that has shaken up Hollywood in every way of the word. She has inspired millions to believe in their dreams and make them come true. And now, she is set to actually make their dreams come true by bringing more South Asian representation to Hollywood through her production house Purple Pebble Pictures.

Recently, in a Deadline interview, Priyanka Chopra Jonas said, “I am incubating new writers, filmmakers who want to pitch their stories, and Purple Pebble Pictures is the gateway for that. I never had that when I joined the industry.”

Not only that, our very own desi-girl-gone-global is also set to introduce a bevy of new stories about India and the South Asian diaspora. She said, “I’m also really trying to immerse the business of entertainment with stories about India and about the South Asian diaspora. About girls, about women, about our place here. And I’m trying to create diversity, not by just talking about it but by actually letting my work and the work that comes out of my production company stand for it.”

Meanwhile, Priyanka was last seen in the sci-fi action film, 'The Matrix Resurrections'. She recently wrapped up filming for the thriller series, 'Citadel'.

On the acting front, Chopra will next be seen in Jim Strouse-directed romantic drama 'It's All Coming Back to Me'. She also has ‘Sangeet’, an unscripted series co-produced with her husband Nick Jonas, and Hindi feature film ‘Jee Le Zaraa’, co-starring Alia Bhatt and Katrina Kaif.

Read Also
Nick Jonas reveals the 'little thing' he did for Priyanka Chopra on her first Mother's Day, calls... 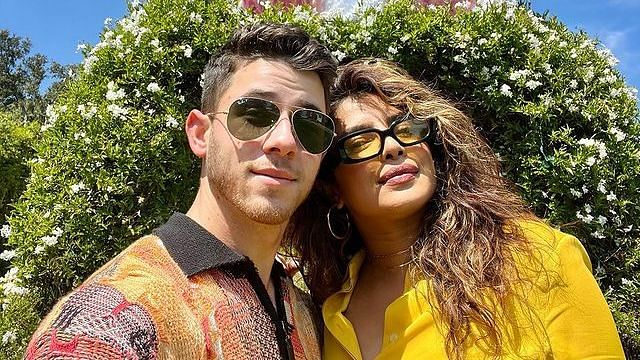 HomeEntertainmentBollywoodPriyanka Chopra to bring more South Asian representation to Hollywood: 'I never had that when I joined'