Celebs were spotted as they stepped out for their personal and professional work.

While some of them were spotted departing and arriving at the airport, others got papped at different locations across Mumbai as they stepped out for their personal and professional commitments.

Varun Dhawan, Kiara Advani and Anil Kapoor were spotted busy with their last leg of promotions ahead of their film 'JugJuggJeeyo's release on June 24.

Vidyut Jammwal and Shivaleeka Oberoi too were clicked while they promoted their upcoming film 'Khuda Haafiz 2' in the city.

In a rare appearance, Anushka Sharma was papped by the shutterbugs on the sets of one of her projects. What caught the eyes of her fans was that the actress was seen wearing a funky birthday cap as she quickly walked in her vanity van.

Aditya Roy Kapur was seen spending some time with his fans during the promotions of 'Rashtra Kavach Om'.

Shah Rukh Khan's daughter Suhana Khan and Boney Kapoor's daughter Khushi Kapoor were spotted by the paparazzi as they reached their dance class. Both of them will be seen marking their acting debut with Zoya Akhtar's 'The Archies'.

Have a look at the photos here: 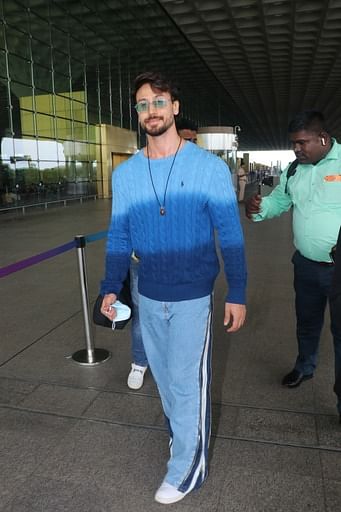