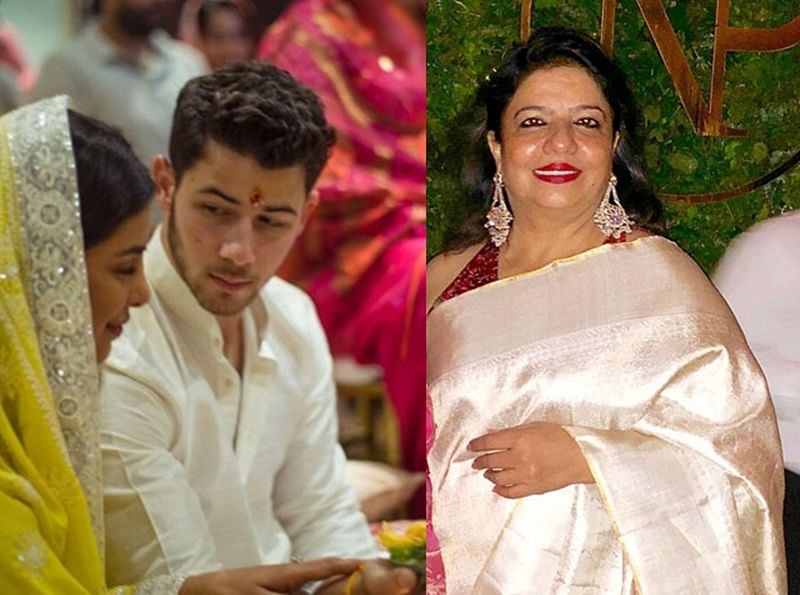 The weekend came in as a startling revelation as news flash on Priyanka Chopra and Nick Jonas’ engagement were all over the media. The couple’s roka ceremony took place in the actress’ Juhu residence in a private amidst family and friends. While we were dying to know what went down when desi met firangi, PC’s mom Madhu Chopra spoke in an interview with DNA that she is glad her daughter will finally settle down.

“Priyanka has always been ambitious about her career and I was just supporting her and wishing the best for her, as a mother. I used to pester her, but in the last two-three years, I had stopped. I had given up. Yeh sab cheez ka ek time hota hai, it’s all destiny”, she said.

Speaking of the roka ceremony, it was new experience for the Jonas’, she mentioned, “Nick enjoyed the prayers during the puja,” Madhu laughs before adding, “It was a new thing for him and he took it seriously. He followed what our panditji said, and chanted the Sanskrit mantras accurately. Both he and his parents did it beautifully. They are nice people.”

Priyanka lost her father Ashok Chopra in 2013. On the occasion of her daughter’s most important day, Madhu said she got ‘emotional’ during the puja while remembering her late husband, Ashok Chopra, who always wanted to see Priyanka tie the knot.

Now with the engagement done, where are the couple heading with their wedding plans? Madhu asserts she has ‘no idea about it’. “They haven’t decided on a wedding date yet. It’s too soon. These are just baseless rumours. Both of them have work commitments right now which they need to finish. They will take some time to decide where they want it and when they want it,” she signs off.