With just a few days away from release, the makers of Akshay Kumar and Manushi Chhillar's much-anticipated 'Prithviraj' have changed the film's title.

The film had landed into trouble after Karni Sena demanded a change in its name. They had asked the makers to change the name 'Prithviraj' to 'Samrat Prithviraj Chauhan'.

The makers have wrote a letter to the national president of the Shri Rashtriya Rajput Karni Sena on Friday to convey their decision that the film has now been titled 'Samrat Prithviraj'.

The letter read, "We sincerely appreciate your effort in alerting us about your grievance in relation to the current title of the Film, and assure you that we did not, and do not, intend to hurt the sentiments of any person(s) or disrespect the late king and warrior, Prithviraj Chauhan. In fact, we wish to celebrate his bravery, achievements, and contribution to our nation's history, through this Film." 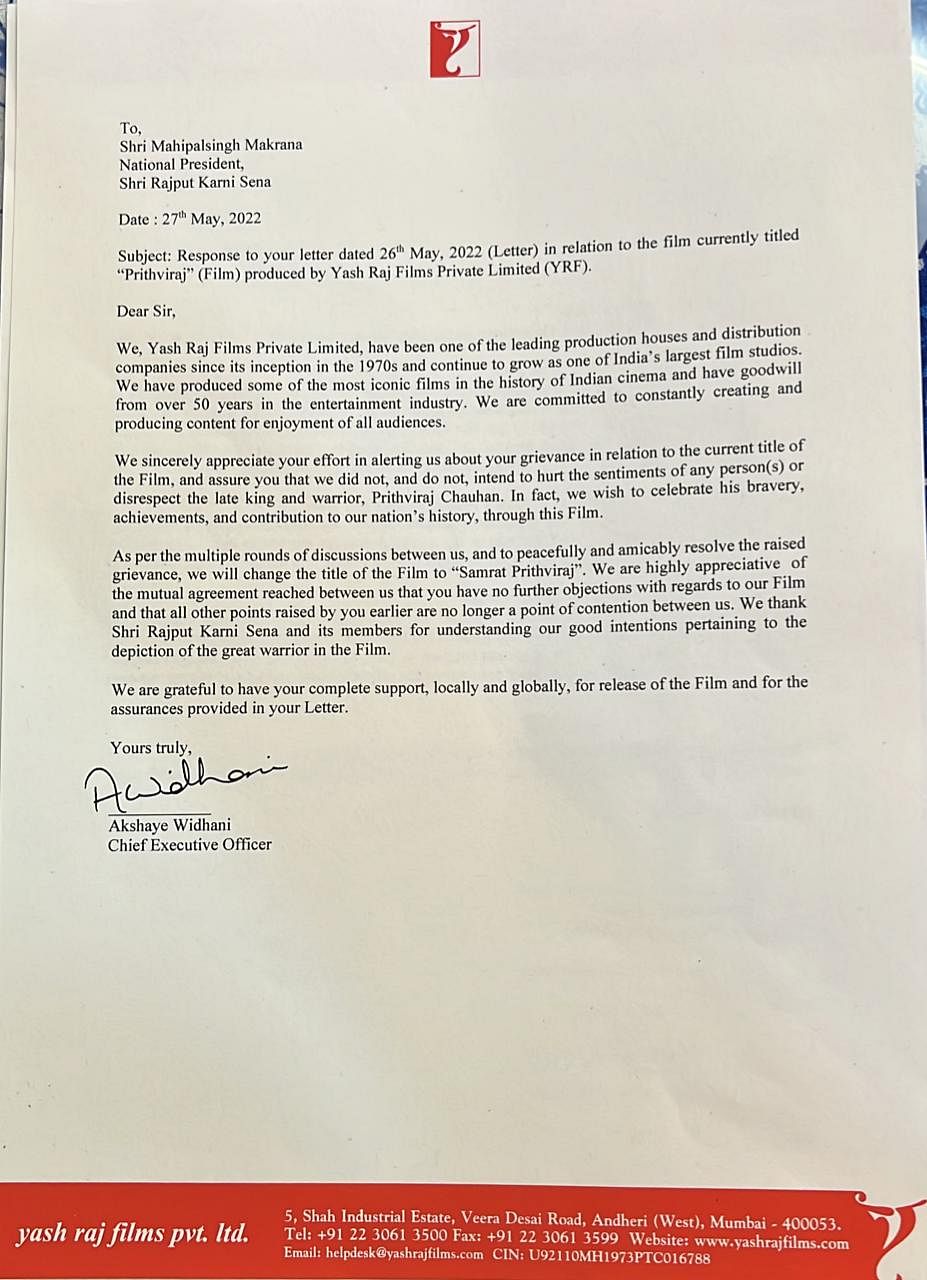 It further read, "As per the multiple rounds of discussions between us, and to peacefully and amicably resolve the raised grievance, we will change the title of the Film to "Samrat Prithviraj". We are highly appreciative of the mutual agreement reached between us that you have no further objections with regards to our Film and that all other points raised by you earlier are no longer a point of contention between us. We thank Shri Rajput Karni Sena and its members for understanding our good intentions pertaining to the depiction of the great warrior in the Film. We are grateful to have your complete support, locally and globally, for release of the Film and for the assurances provided in your Letter."

'Samrat Prithviraj' is touted to be Yash Raj Film's first historical drama, and it will see Akshay Kumar stepping into the shoes of the mighty ruler. Manushi Chhillar is all set to mark her big Bollywood debut with the film, and she will be seen essaying the role of Princess Sanyogita, the wife of Prithviraj Chauhan.

'Samrat Prithviraj' is set to hit the silver screens on June 3.