The Stree actor who will be next seen in horror-comedy, Roohi, along with Janhvi Kapoor, claims to be a fan of the romantic genre, reveals that he will play a mushy character on-screen if offered one.

Since debuting with director Dibakar Banerjee in Love Sex Aur Dhokha (2010) there has been no looking back for Rajkummar Rao. Today, he is one of the most bankable actors for all film makers in the industry after enjoying major box office successes.

From Kai Po Che! (2013) to Newton (2017) to The White Tiger (2021), every project he has touched has turned into gold. Yet again, Rajkummar Rao will be seen in Hardik Mehta’s Roohi, a comedy-horror film which is all set to release in theatres on March 11. In an exclusive interview with the Cinema Journal, he speaks to us about Roohi releasing in the theatres post the pandemic, his thoughts on audiences reviving at the box office and his upcoming films.

Maddock films producer Dinesh Vijan and Jio studious are releasing Roohi whereas, a film like Sooryavanshi is taking a backseat. Do you fear the box office results?

There is no question of being fearful of box office results. As the theatres are re-opening with great precaution, I appreciate this courageous move and am optimistic about it. Dino (Dinesh Vijan) must have thought something when he decided to release the film on 11th March. Roohi is actually a film to be watched on the big screen and get entertained. If the film is good people would watch it. Also, with a mouth of publicity, I am sure it will turn into a success.

Do you think that the audiences will return to the theatres amid the fear of the pandemic?

We are hopeful of the audiences returning to theatres. Owing to the Covid-19 pandemic, we need to manage the situation very carefully, wear our masks properly, not get too close to each other. However, I am sure that the audiences will maintain these precautions and enjoy a fresh and entertaining movie on screen.

Your name has almost become synonymous with most horror-comedy franchises like Stree (2018) and Roohi. Your comments:

It all started with Stree in 2018. For the first time, we saw a horror-comedy that did extraordinarily well. We then decided to go in with Roohi. However, the bigger plan of Dino (Dinesh Vijan) was to build a universe where he would bring multiple characters together and make a bigger horror-comedy. For Roohi, we hope to get the kind of love that we got from Stree.

The best part about working in Stree ?

The best thing about working in Stree was being a part of such a unique genre. Before Stree, I had never heard somebody making a horror-comedy which was so humorous and the writing so meticulous and superb. I remember meeting Raj & DK for the first time and when they narrated the script to me and I instantly felt the fun in it.

When would we see you doing an out-and-out single romantic-hero movie?

I hope to get one out-and-out romantic role because I would love to portray it on screen. I am a huge fan of the romantic genre and I shall definitely opt for one as and when it comes my way. However, nothing exciting has come to me yet concerning the romantic genre.

Any update on your upcoming films?

I am working on my upcoming project, Hum Do Humare Do alongside Kriti Sanon. This film revolves around a unique subject of adopting parents. Normally, we hear of parents adopting kids, but this is the first time where Kriti and I plan to adopt parents. The film also stars Paresh Rawal and Ratna ji (Ratna Pathak Shah) and we have almost finished shooting for it.

So, will Hum Do Hamare Do send a message to big-town folks who leave their parents in old age homes?

It’s not the case with people from big towns only. There are all kinds of people everywhere and cannot categorise them on the basis of cities. All I can say is that there is no greater joy than making grandparents and parents feel comfortable and in taking care of them. Eventually, it’s only their blessings that will take one forward in life. 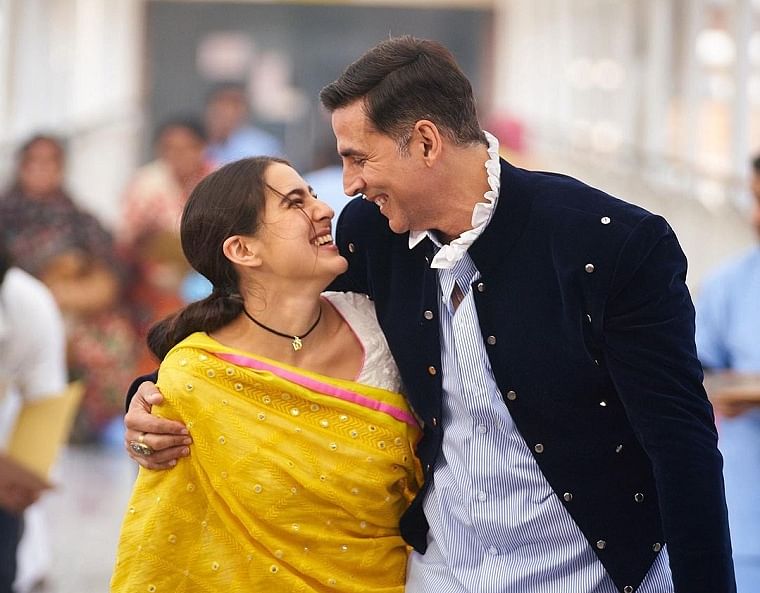