Karanvir Sharma opens up on doing a romantic scene with Yami Gautam in 'A Thursday': She was very supportive'

In 'A Thursday', Karanvir plays the role of Yami Gautam's fiance, who is a criminal lawyer

Actor Karanvir Sharma, who is currently enjoying immense popularity for playing the role of Shaurya in 'Shaurya Aur Anokhi Ki Kahani', recently clocked 10 years in the entertainment industry. The actor is looking forward to doing a lot of work and is also considering several offers. He will also be seen sharing screen space with Yami Gautam Dhar, Neha Dhupia, Atul Kulkarni and Dimple Kapadia in the film 'A Thursday'.

The film is an upcoming thriller directed by Behzad Khambata. Yami essays the role of a school teacher who takes 16 children as hostages. Karanvir plays the role of Yami's fiance, who is a criminal lawyer.

Talking about the film and his role, Karanvir shares, "The experience was very nice and comfortable. It is an out-and-out thriller, and it is based on a powerful story. This is one of those films which is real and very logical. Also, I am playing a lawyer for the second time, but this experience was quite different." 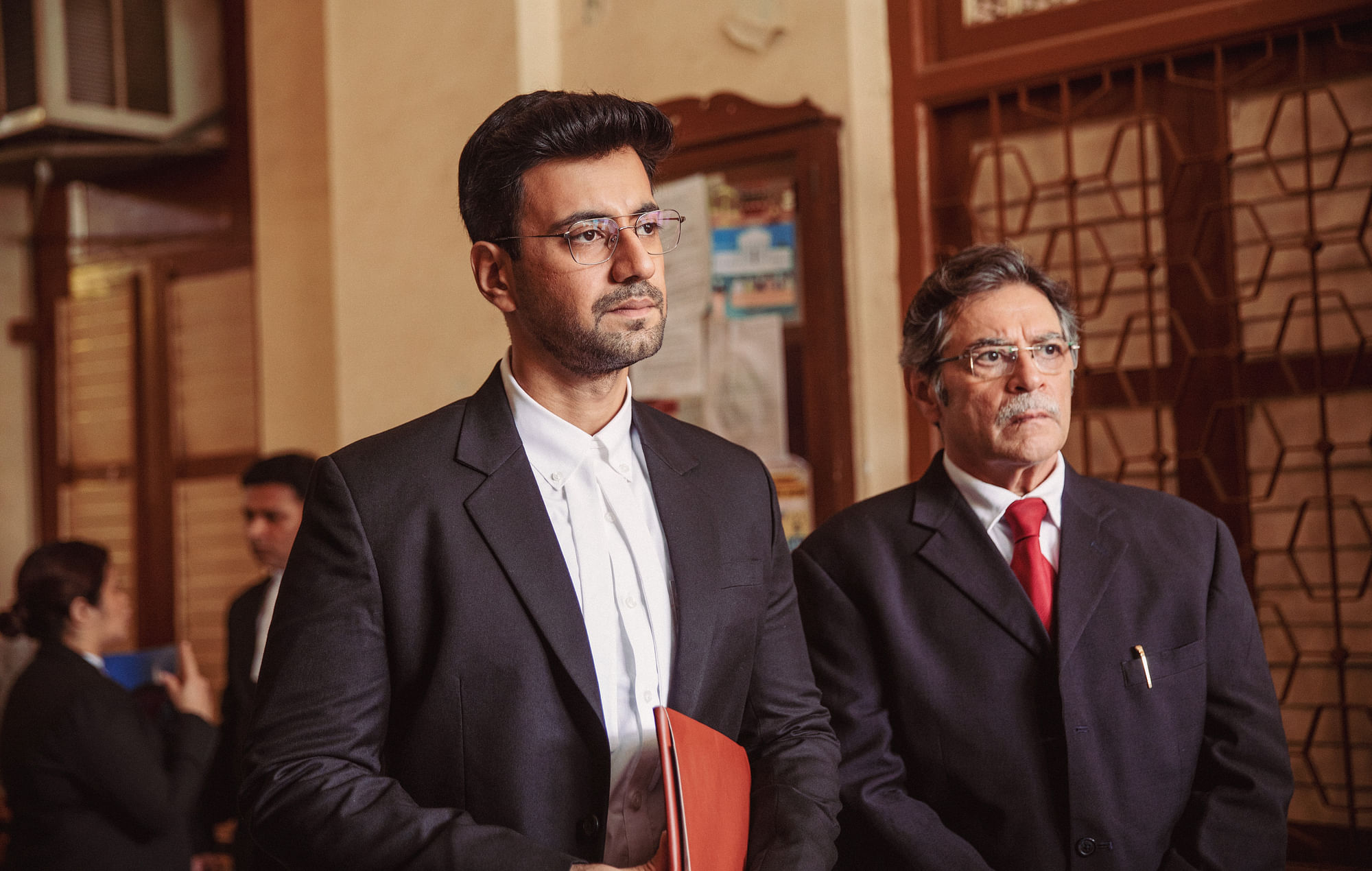 Karanvir has worked with Behzad before in the film 'Blank'. Elaborating on his experience of collaborating with the director for the second time, the actor states, "I always get nervous on the first day of the shoot, but I believe that's a regular process every artist goes through. On the first day of the shoot, I remember asking Behzad to give me the most intense and important scene. So that's the kind of bond I have with him that I can be more of a friend with him. The overall experience with him was very good. He is amazing and all the people who worked on the film, from actors to costume designers and assistant directors, everyone is so talented. When you work with good people, your work also gets highlighted."

Karanvir is all praise for his co-star Yami. "Jab aap achhe actor ke sath kaam karte hai toh aapka kaam bhi better ho jata hai. The experience was great. Besides being a good actress, Yami is also a good human being. I always say that she is very real and down to earth, and these qualities of hers reflect in her work and in her characters as well," he gushes.

Karanvir adds, "Also, Yami knew that I have worked with Behzad before. So there wasn't any uncomfortable vibe on the sets. She was very professional. Initially, we both didn't know each other, and we had to do a romantic scene. So that's where acting comes in, and good performances happen like that only, I feel. Yami was very supportive in that way, to be honest."

The entire film was shot in Mumbai during the pandemic last year. When asked how he managed to juggle the shoots of the film and his TV show, Karanvir explains, "It always happens to me that when I don't have work, I'm very free and when I have work, everything comes together. It had happened in the past as well that I worked for 36 hours non-stop. I used to sleep in the car and eat food while travelling. So it's about time management. It's not advisable, but sometimes you just have to own up to the challenge. Because you're not just a part of both the projects, but you want to deliver your best. During the shoot of A Thursday, I was simultaneously shooting for 'Shaurya Aur Anokhi Ki Kahani'. Fortunately, the film's shoot got a bit delayed, so I wrapped the TV show and then started to concentrate on the film."

According to Karanvir, 'A Thursday' is a special film, and he too is eagerly awaiting to see it upon its release. "I haven't seen the film and have not gone for the private screening yet. Behzad also called me, but I said no because I have a lot of expectations. I wish to watch it like an audience after it releases," he signs off.

Read Also
Yami Gautam wraps up shoot of 'A Thursday' HomeEntertainmentBollywoodKaranvir Sharma opens up on doing a romantic scene with Yami Gautam in 'A Thursday': She was very supportive'