The 'Pink' star bagged the 'Best Actor (female) in a leading role' accolade for her astonishing performance in the film 'Thappad'.

Bollywood actress Taapsee Pannu, who is currently basking in laurels after her big win at Filmfare, shared a glimpse of her award-winning speech at the event where she is seen thanking all her co-nominees for setting benchmarks for women-centric films and breaking barriers with each role.

The 'Pink' star, who bagged the 'Best Actor (female) in a leading role' accolade for her astonishing performance in the film 'Thappad', took to her Instagram stories and shared a small glimpse of her award-winning speech at the Filmfare 2021 awards ceremony.

In the short clip, Taapsee is seen raising the glamour quotient while donning a shimmery pink gown and with her statement matching jewellery.

Holding the black lady in her hand, the 33-year-old is heard saying, "Thank you Deepika Padukone for being the mainstream actress who could take any of the films under the sun but she chose to do Chhapaak, thank you so much Janhvi, because at such an early stage of your career you decided to take a film like Gunjan Saxena."

What turned out to be unexpected for her fans was when she also mentioned Kangana Ranaut's name in her speech, thanking and appreciating her contribution to women-centric films. "Thank you so much Kangana for pushing the boundaries, the benchmark of your performances just goes higher!" she said. 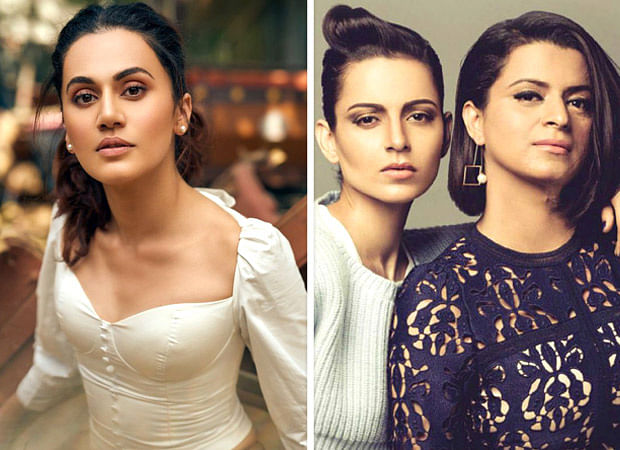 Won't be able to match up to their language: Taapsee on Kangana’s sister Rangoli calling her...

Reacting to the same, Kangana wrote on Twitter, “Thank you @taapsee well deserved Vimal elaichi filmfare award…. no one deserves it more than you.”

While concluding her speech, she also acknowledged Vidya Balan and addressed her as a "hero". "Vidya, you have been my hero!! You have actually made me believe that a girl can be the hero of a film." On a related note, Taapsee had shared the same screen space with Vidya in her 2019 sci-fi film 'Mission Mangal'.

Throughout the course of her eight-year-long career in the film industry, Taapsee has starred in several blockbusters like 'Pink,' 'Badla' (both with megastar Amitabh Bachchan), 'Naam Shabana', 'Judwaa 2', 'Saand Ki Aankh', 'Mission Mangal', 'Manmarziyaan'.

Her blockbuster hit movie 'Thappad' for which she received several awards including 'Best Actor (female) accolade was both a critical and commercial success. Helmed by Anubhav Sinha, the movie featured Taapsee as the protagonist who refused to tolerate domestic violence in the name of love and relationships and Pavail played the role of her husband.

The actor will be next seen in sports dramas 'Shabaash Mithu' and 'Rashmi Rocket'. She also has an impressive line-up of films that include, 'Haseen Dillruba', 'Looop Lapeta' and the sci-fi thriller titled 'Dobaaraa' directed by Anurag Kashyap. 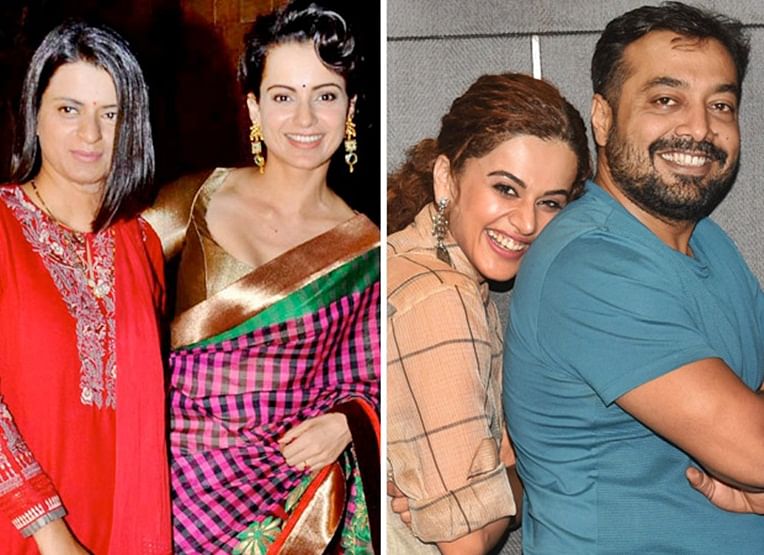