The 24-year-old took to Instagram and shared a magazine covering featuring her in a bridal avatar.

With scores of Bollywood celebs being named and shamed for their getaways and rubbing privilege in people’s faces via social media, amid the second wave of COVID-19, actress Janhvi Kapoor has issued a clarification for her latest Instagram post.

The 24-year-old took to Instagram and shared a magazine covering featuring her in a bridal avatar. Before anyone could call her out for being “insensitive” amid these trying times, Janhvi issued a clarification.

She wrote, “In these trying times, I know it’s important to be sensitive to the troubles we as a country are facing & I would never want to be inconsiderate towards that. This cover, however, and the subsequent posts of it had been committed to a while back and were shot before lockdown. We were as safe and precautious as possible. I hope all of you are staying safe and strong! Love always.”

On the work front, Janhvi was last seen in 'Roohi', produced by Dinesh Vijan and Mrighdeep Singh Lamba. The film marked the first-ever collaboration of Rajkummar and Janhvi.

The horror-comedy also became the first film to arrive in theatres after the government allowed cinema halls nationwide to operate at full capacity from February 1 with COVID-19 safety protocols put in place.

She has also finished shooting for her upcoming movie "Good Luck Jerry".

The film, written by Pankaj Matta and directed by Sidharth Sengupta, is reportedly a remake of 2018 Tamil black-comedy "Kolamavu Kokila", which featured actor Nayanthara in the lead.

Read Also
‘Ajeeb lagta hai’: Here’s why Janhvi Kapoor was hesitant to pose for the paparazzi at Mumbai... 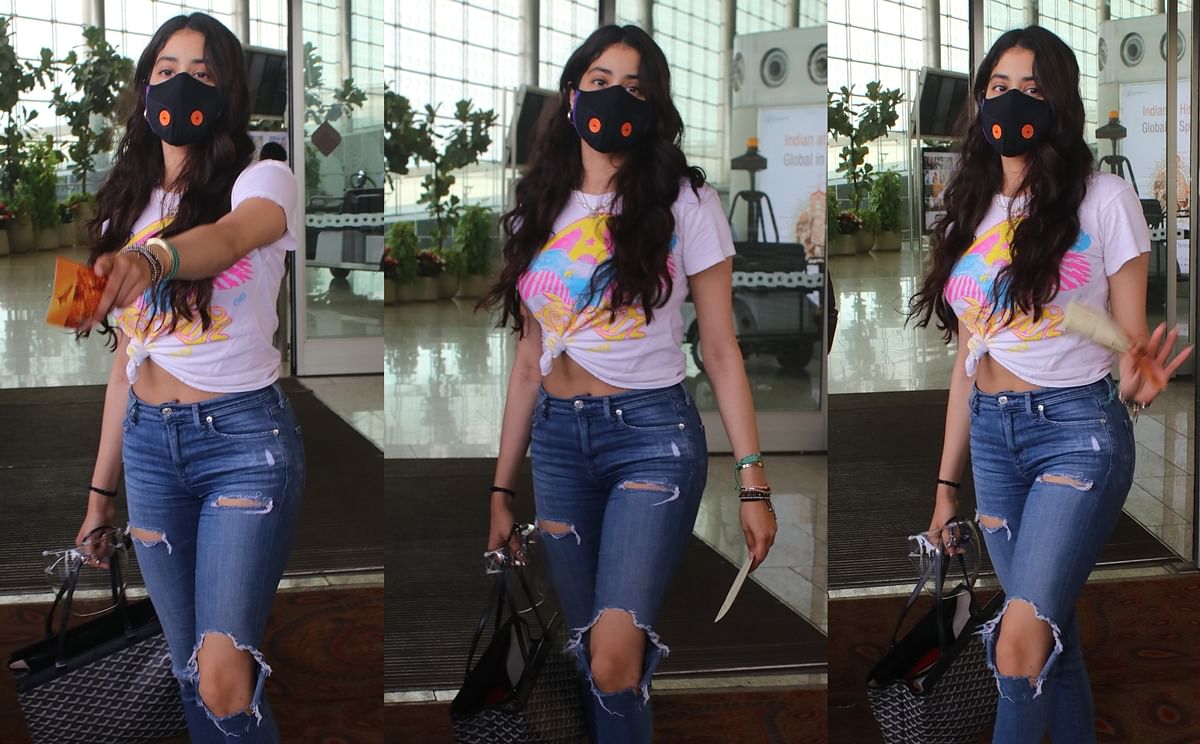