'It’s nice to do a debut at 62 years of age of any kind', says Boman Irani about his OTT debut with 'Masoom'

We have all read of stories where people have made a mark in different fields at a later stage in life. Accomplished actor Boman Irani is happy to do an OTT debut at the age of 62 with Disney+ Hotstar’s psychological thriller ‘Masoom’.

The actor had a wonderful time shooting for the series with the entire crew and also shared his experience of shooting for a movie and shooting for an OTT series in his own words.

In his own words, Boman Irani talks about his part in 'Masoom', “In essence it is a debut and it’s nice to do a debut at 62 years of age of any kind. But this one was a bit of a challenge because of the format. We were shooting a story that will play over a span of 6 episodes, keeping in mind one continues to work as an actor. However while developing a character, I don’t see any difference, whether you are playing one in a cinema or in a web series, because he is a character, breathing, walking, happy/unhappy that needs to be developed through his travails, problems.”

He further shares, “I have to say though that there is one advantage while playing a character on the OTT platform and that is you have, as an actor, a lot more time to spread your wings and develop a character to the fullest and give it a complete arc. Sometimes in cinema, in an hour or 45 minutes, you have to complete that arc much faster and maybe a few things do get left out. The opportunity is wonderful and I would like to believe that I grabbed it with both hands.”

In a daughter’s quest to unearth the truth, who can she trust when her family wishes to hide the truth under the garb of love and protection? After topping the chart with some fantastic thriller shows, Disney+ Hotstar is ready to pack a punch with another nail-biting psychological thriller, 'Masoom'.

Set in Falauli, Punjab, the series will unfold the unspoken truths that cloud the lives of the Kapoor family, where complex relationship dynamics change with time and ambition. The six-episode series, releasing on June 17, will see the digital series debut of the indelibly talented actor Boman Irani and rising star Samara Tijori showing another side of the coin of a complex father-daughter relationship.

Hotstar Specials’ 'Masoom', directed by Mihir Desai and helmed by Gurmmeet Singh as the showrunner, is an Indian rendition of the award-winning Irish series 'Blood', exploring family ties and deception after losing a loved one. The show is produced under the Dreamers & Doers Co. banner, a premium content studio owned by Reliance Entertainment.

Joining the lead cast will be Manjari Fadnis, Veer Rajwant Singh, Upasana Singh, and Manurishi Chaddha, amongst others. The series also features a soulful soundtrack composed by the famous Anand Bhaskar Collective. 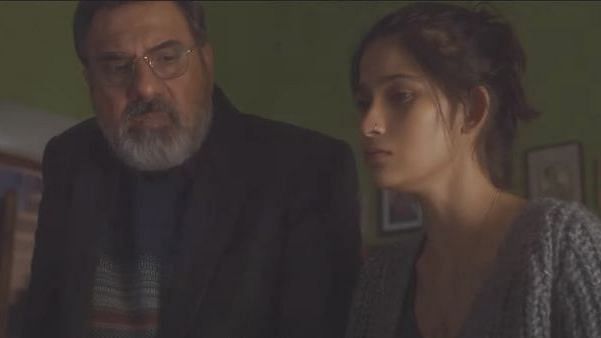 HomeEntertainmentBollywood'It’s nice to do a debut at 62 years of age of any kind', says Boman Irani about his OTT debut with 'Masoom'