Advertisement
Home / Entertainment / Bollywood / In sickness and in health: On Rishi Kapoor's death anniversary, here's a look at his love story with Neetu Kapoor

In sickness and in health: On Rishi Kapoor's death anniversary, here's a look at his love story with Neetu Kapoor

In sickness and in health: On Rishi Kapoor's death anniversary, here's a look at his love story with Neetu Kapoor | File Image
Advertisement

On the legendary actor's death anniversary, here's a look at his timeless love saga with wife Neetu Kapoor:

Rishi Kapoor and Neetu tied the knot in 1980 after a five-year courtship and were married for 40 years.

The 'Karz' actor first met Neetu on the sets of their 1974 film 'Zehreela Insaan'. While it wasn't love at first sight for the duo, they became close friends during the shoot of the film.

On 'The Anupam Kher Show – Kucch Bhi Ho Sakta Hai', Rishi had shared, "I remember I had an argument with my girlfriend at the time and I was very heartbroken. Trying to win her back, I had taken Neetu’s help in writing telegrams to my girlfriend while the two of us were shooting for ‘Zehreela Insaan’."

However, as time passed, Rishi realised that Neetu was the one for him. Talking about the moment of epiphany, Risha had said, "I began to miss her when I had gone to Europe for a shoot. Ironically, I sent her a telegram from Europe to Kashmir saying that I was thinking of her." 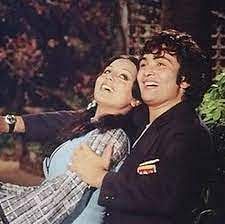 The duo reportedly dated for over five years before secretly getting engaged in Delhi.

It was the actor's sister Rima, who had pushed a commitment-phobic Rishi to take his relationship with Neetu to the next level. In his book 'Khullam Khulla: Rishi Kapoor Uncensored', the actor had revealed that his family invited Neetu to a wedding in Delhi and asked them to exchange rings.

"I was caught off-guard when my parents and close friends got Neetu and me to sit n a mandap meant for somebody else's engagement and made us exchange rings," reads an excerpt from his memoir. After their engagement, Neetu, who was still in her teens, gave up her acting career to be a part of the Kapoor clan and left her fans shocked.

While several people alleged that she had done so on Rishi's behest, Neetu maintained that it was entirely her decision.

Ranbir Kapoor and Neetu Singh tied the knot on January 22, 1980.

The coupled welcomed their first child, daughter Riddhima, on 15 September, 1980. They were later blessed with a baby boy - Ranbir - in 1982. Like every other marriage, Neetu and Rishi’s married life faced its own hurdles and went through a period of turmoil but their love was rock solid. Flashback Friday: Can you spot Karisma in Neetu and Rishi Kapoor’s wedding picture?

After her sabbatical, Neetu reunited with her husband on-screen for films like 'Love Aaj Kal', 'Do Dooni Chaar' and for 2013 film 'Besharam', which also starred their son Ranbir.

In 2018, Rishi Kapoor was diagnosed with cancer for the first time, following which the actor was in New York for nearly a year to undergo treatment.

During those 11 months, while Rishi’s children - Ranbir Kapoor and Riddhima - kept visiting him from time to time, Neetu Kapoor stood like a rock beside him as he fought the battle with cancer.

Rishi had even said that Neetu was his support system and it would have been really difficult for him to survive without her. In an interview as Rishi opened up about his battle with the grave illness, he had said that it’s his wife of 39 years whom he is specially thankful to. "Neetu has stood by me like a rock. Otherwise, I am too difficult a person to handle as far as food and drink are concerned," he'd said. 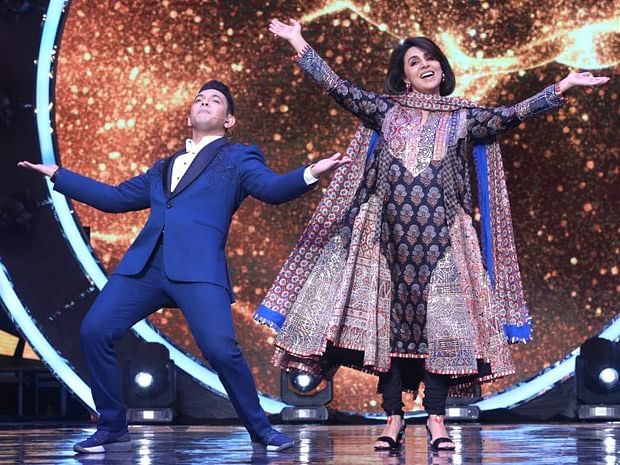 'I will not get sad': Neetu Kapoor remembers Rishi Kapoor, dances to 'Khullam Khulla Pyar Karenge' -...

The favourite couple of Indian cinema, who had been married for four decades, stayed together in sickness and in health and were often seen flashing their million dollar smiles even during the tough times. 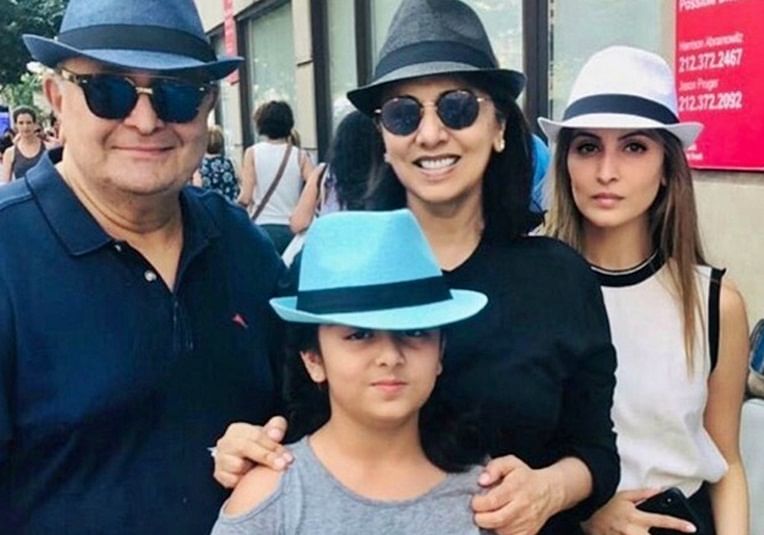 Rishi left for his heavenly abode on April 30, last year, and left a void in Neetu's life.

The veteran actor often takes to social media to express her pain of missing him and reminds the internet of their timeless love.

Neetu Kapoor birthday special: The woman who stood like a rock beside Rishi through thick and thin