Actress Alia Bhatt, who is busy with the shoot of her Hollywood debut project, couldn't join husband-actor Ranbir Kapoor, filmmakers SS Rajamouli and Ayan Mukerji for the promotion of their upcoming film 'Brahmastra' in Visakhapatnam on Tuesday.

The 'Gangubai Kathiawadi' actress, however, expressed her love for the much-awaited film and for Ranbir via a video.

Since Alia was not present physically at the event, she recorded a video for all her fans. This video was reportedly played at the event and has now gone viral on the internet.

"I really wish I could be there today with everyone. I am missing the whole team, Ayan, and Ranbir. But I am there in spirit and especially there in Ranbir’s heart," she can be heard saying in the video.

She also greeted her fand in Telugu and thanked them for showering her latest film 'RRR' with love. She went on to say that the fact that SS Rajamouli is promoting 'Brahmastra' in the South makes the film "even more special."

"Hello Rajamouli sir, how are you? Lots of love to you. I am also going to take this opportunity to thank everyone for all the love you gave to our film RRR. It was truly and extremely special. I will eternally be grateful for it," Alia added.

"I really wanted to be there. But unfortunately or fortunately, I am shooting in London. It is a big film. But I really feel like half of me is going to be with you at the event," Alia concluded.

Earlier today, Ranbir, Ayan and Rajamouli received a grand welcome in Vizag from their fans, who went out of their way for their favourite celebs. They even put mammoth garlands around Ranbir and SS Rajamouli with the help of cranes.

The makers of 'Brahmastra' also dropped a video, announcing the release date of the film's trailer. The video gave the audience a glimpse into the various characters in the film, including that of Ranbir, Alia, Amitabh Bachchan, Nagarjuna Akkineni and Mouni Roy.

The video runs high on emotions, thrill, impressive visuals, and much more.

Ranbir and Alia will share the screen for the first time in 'Brahmastra'. The fantasy-adventure drama is set to hit the silver screens on September 9 and is the first installment of the planned trilogy.

The trailer will be officially released on June 15.

Read Also
'I have a strange connection with...': Ranbir Kapoor spills the beans on his role in 'Brahmastra' 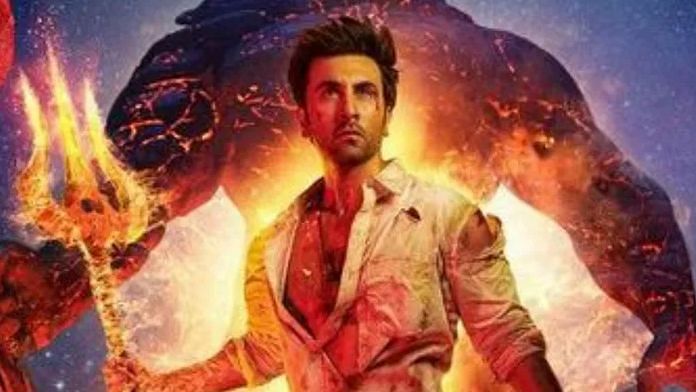