Advertisement
Home / Entertainment / Bollywood / ‘I quickly got my hands away from him’: Ankita Lokhande on a ‘big actor’ making advances at her

‘I quickly got my hands away from him’: Ankita Lokhande on a ‘big actor’ making advances at her

"When I got back again into films, I felt it again, just shaking hands with that person."

Actress Ankita Lokhande, who ventured into Bollywood with the Kangana Ranaut-starrer "Manikarnika: The Queen of Jhansi" after years of winning hearts on television as Archana in “Pavitra Rishta”, recently shared her casting couch experience.

Sharing that it happened twice, Ankita told Bollywood Bubble, "I was so smart, I was alone in that room and was 19 or 20 years old, and asked him, 'Which type of compromise does your producer want? Do I have to go for parties or dinners?' And the moment he said it, maine uski band baja di thi. I told him, 'I think your producer wants a girl to sleep with, not a very talented girl to work with.' And I left from there. He then apologized and said he will try to take me to his film. But I said, 'If you try and take me in also, I’m not interested in your film.'" 'He chose his career and moved on': Ankita Lokhande finally opens up on breakup with Sushant Singh...

After deciding to enter films again, Ankita added that this time it was a big actor who made advances at her. She said, "When I got back again into films, I felt it again, just shaking hands with that person. I don’t want to take names; he was a big actor. I got those vibes, and I quickly got my hands away from him. I knew it, ab mera yahaan nahi hoga, because it is a give and take thing. I understood and I left from there because it was not for me."

Ankita was last seen in the 2019 film "Baaghi 3" as Shraddha Kapoor's sister.

Earlier, Ankita had shared with IANS that she is happy to be part of the industry when content is the king.

"I am glad that I am here at the right time, when it is not about Bollywood or TV. It is about talent, concept and story. People want to see good work and talent," said Ankita.

Asked if she is happy about the blurring of lines between the two mediums, Ankita said: "It is a good thing, it should be like that only. If you see in Hollywood, there is no line. They do TV and films. Here, in India we have our vision that television is small screen and film is big screen."

She really wants people to see that "talented actors are proving themselves in Bollywood". 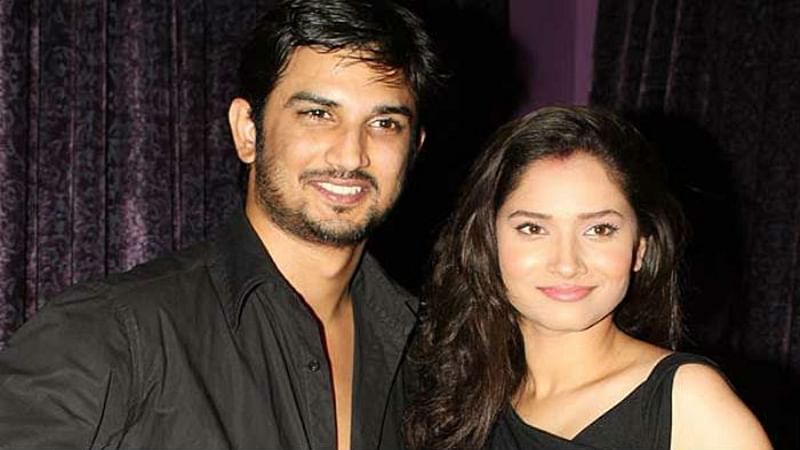