Advertisement
Home / Entertainment / Bollywood / 'I feel so helpless': Sonu Sood on being unable to arrange beds and medicines for COVID-19 patients

'I feel so helpless': Sonu Sood on being unable to arrange beds and medicines for COVID-19 patients

India reported its highest-ever single-day spike of COVID-19 cases with over 2.34 lakh new cases and more than 1,300 deaths in the last 24 hours.

Actor Sonu Sood, the Messiah of migrants during first wave of COVID-19 outbreak, is now feeling helpless after being unable to provide during the second wave.

Sood took to Twitter and wrote, “Since morning I haven't kept my phone down, thousands of calls from all over India for HOSPITAL BEDS, MEDICINES, INJECTIONS and still not able to provide to many of them, I feel so helpless. The situation is scary, pls stay at home, wear a mask and prevent yourself from infection.”

“All said and done, I am still on it, I am sure together we can save many more lives. It's time not to blame anyone but to come forward for a needy who needs your help. Try to provide medical needs to the ones who don't have an access. LET’S SAVE LIVES TOGETHER. Always there for u,” he added in a subsequent tweet.

India reported its highest-ever single-day spike of COVID-19 cases with over 2.34 lakh new cases and more than 1,300 deaths in the last 24 hours, according to the Union Health Ministry on Saturday.

Sonu's tweet comes after life in Delhi came to a halt as the national capital grappled with soaring COVID-19 cases leading to a scarcity of beds with oxygen facility.

On the other hand, Maharashtra CM Uddhav Thackeray urged officials to ensure optimum medical oxygen supply as well as effective bed and medicine management amid the surge in cases.

Earlier this week, Sonu was announced as the brand ambassador of the Punjab government for its Covid vaccination programme.

Sonu, who became popular playing the villain in Bollywood films, turned hero in real life for many.

Asked how he wants to take forward his career in Bollywood, Sonu told IANS: "The kind of roles that have been offered are different. They are larger than life, and real-life hero roles. Things that I have done in real life, they are trying to put that in my scripts, too, which is different. I have to make sure that I live up to the expectations and do justice with whatever I do.”

The actor continued: "There is a huge amount of responsibility. I came to the city to become an actor, and I will keep on doing what I enjoy the most. There will be new roles, and some new stories."

On the work front, Sonu will soon be seen in the Telugu film "Acharya" and the Akshay Kumar-starrer historical drama "Prithviraj".

"I have completed the shooting of ‘Prithiviraj'. They are planning to release the film when the (Covid) situation gets better," Sonu told IANS. 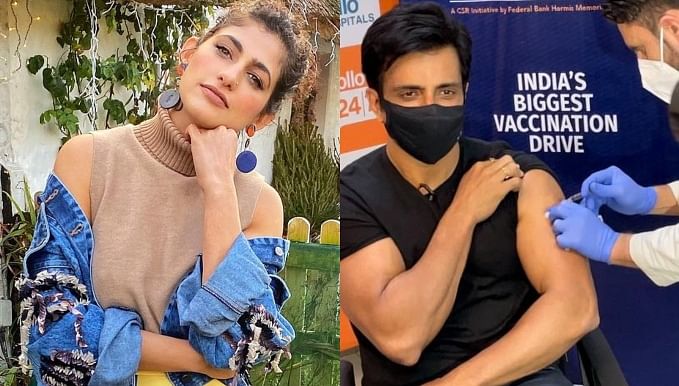