‘I didn’t like it’: Shamita Shetty reveals ‘Super Dancer 3’ choreographer Nishant Bhat once 'crossed the line' with her

Shamita told Divya Agarwal that she knew Nishant even before the show but not personally.

Bollywood actress Shamita Shetty, who is currently serving as a contestant on the reality show “Bigg Boss OTT” made shocking revelations about her rapport with co-contestant and choreographer Nishant Bhat.

After a war of words in the show, Shamita told Divya Agarwal that she knew Nishant even before the show but not personally.

She said, “I don’t want to mention what incident it was but he once crossed the line with me and I didn’t like it. I told him sternly that he did wrong and he didn't speak to me after that. I just thought I should keep a distance from him because I don’t want to be reminded of that. At the stage also when I saw him, I just reacted that I know him.”

Nishant had met Shamita through work and has choreographed songs for her in the past. Interestingly he was also the winner of the children dance reality show “Super Dancer 3”, where Shamita’s sister and actress Shilpa Shetty served as a judge.

Shamita had a roaring start in Bollywood with the multistarrer blockbuster "Mohabbatein" in 2000. She was then seen in films such as "Cash", "Zeher", "Fareb" and "Bewafaa" among others. Two decades later, she was seen in the web series "Black Widows", which was released in 2020.

Filmmaker-producer Karan Johar is anchoring the show for its six weeks run on Voot.

After the completion of the digital exclusive, the show will move seamlessly into Colors with the launch of Season 15 of "Bigg Boss". 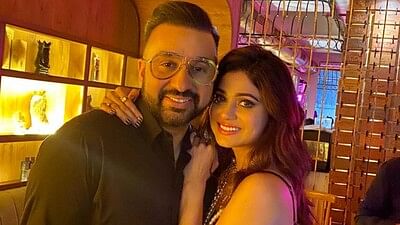 HomeEntertainmentBollywood‘I didn’t like it’: Shamita Shetty reveals ‘Super Dancer 3’ choreographer Nishant Bhat once 'crossed the line' with her