The trailer, which gives a glimpse into the movie's engaging storyline filled with love, lust and murder, is sure to leave fans excited.

It was shared by Taapsee on her Instagram account with a caption that read, "Ek tha Raja, ek thi Rani, hui shuru ek khooni prem kahani. #HaseenDillruba." The trailer of 'Haseen Dillruba', which features the actors indulge in a game of love, lust, deceit and murder, introduces the audience to Rani Kashyap (played by Taapsee Pannu) who is newly married to Rishu (played Vikrant Massey).

A few seconds into the trailer, Rishu loses his life in an explosion and Rani becomes the prime suspect in the murder case. How did she end up as a murder suspect? There are also scenes of Rani's affair with Harshvardhan's character, her not being the ideal wife, and Rishu being suspicious of her intentions. The police, headed by CID star Aditya Srivastava, is confident of her being the murderer and now she has to prove herself innocent.

The trailer, which features a powerful star cast and a gripping storyline along with a brilliant background score, teases a love triangle, dark humour and a twisty whodunit. Directed by Vinil Mathew, 'Haseen Dillruba' has been written by Kanika Dhillon. The murder mystery, which is set to premiere on Netflix on July 2, has been produced by Anand L Rai's Colour Yellow Production and T-Series.

Speaking about the upcoming film, Vikrant said, "Haseen Dillruba is the perfect mixof humour, quirk, revenge and romance. I hope it surprises the audience as much as it surprised me when I heard it first. It was an enthralling experience shooting forit. Let us all watch the mysteries unravel itself and learn important life lessons from our beloved Pandit Ji."

Taapsee also commented on the forthcoming film and said, "Haseen Dillruba was a film I had a very strong gut feeling about the day I heard the basic idea from Kanika. Unfortunately, I wasn't the first choice for the film and it came to me after all their options were exhausted. And the good old saying that, if it's meant for you it willcome to you stands true for this case."

She added, "It's not just a beautifully written mystery, it has such wonderful characters involved which is candy in an actor's hands. I am glad I got to experiment with mylook and performance with this one because I am definitely not the go-to person for this kind of character conventionally and we all love to take risks here." 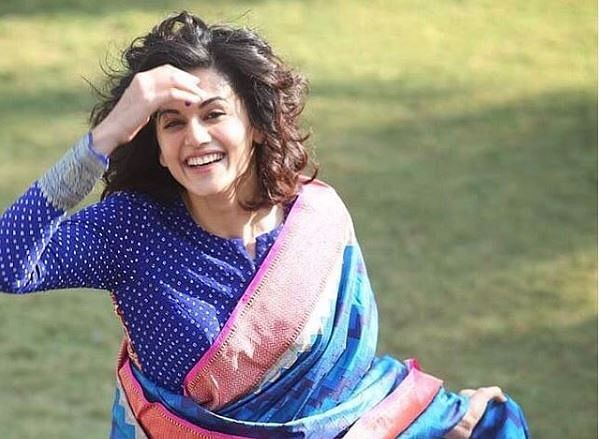 Talking about his co-stars in the film, Harshvardhan said, "I am honoured to be in the same frame with some of our country's finest talent. Taapsee and Vikrant, have one thing in common I could never make out if they were joking or if they were serious. I always had to look for tiny nuances to understand the pretext."

Speaking about the project, he added, "Working on Haseen Dillruba also gave me achance to associate with the best filmmakers, be it Aanand L Rai sir, Vinil sir and Kanika ma'am. I was blown away with the script, a classic whodunit that will keep youguessing until the very end."