The makers of the upcoming mystery thriller 'Haseen Dillruba', on Monday, dropped the teaser of the Netflix film, taking the audiences on a rollercoaster ride full of love, lust, obsession, deceit, and more.

The makers of the upcoming mystery thriller 'Haseen Dillruba', on Monday, dropped the teaser of the Netflix film, taking the audiences on a rollercoaster ride full of love, lust, obsession, deceit, and more.

Taapsee took to her Instagram handle and shared the intriguing teaser along with the caption, "Pyaar ke teen rang, khoon ke chheeto ke sung. #HaseenDilruba #TheUltimateKaunspiracy." The official teaser of 'Haseen Dillruba' features Taapsee, along with actor Vikrant Massey in the lead roles. Harshvardhan Rane will also be playing a prominent role in the movie.

The minute-long teaser of 'Haseen Dillruba' shows Taapsee and Vikrant as a married couple, her bond with Harshvardhan and how the lives of all three get intertwined, eventually leading to the murder of one of them. It points at the film's story, which is a plot exploring the three shades of love -- lust, obsession and deceit.

The official synopsis of the film reads, "A woman whose heart longs to live like words captured in a novel, finds herself entangled in the murder of her own husband. Will she get lost in the chaos of her real-life-novel or find her innocence?" Directed by Vinil Mathew, the flick has been produced by Aanand L Rai's Colour Yellow Productions with Eros International and Himanshu Sharma.

'Hassen Dillruba' was purportedly filmed during the pandemic and is now set for an OTT release on July 2, on Netflix. Music director Amit Trivedi has scored the tracks of the film, which was earlier set to release on September 18 last year but got postponed due to the spread of COVID-19.

Apart from 'Haseen Dillruba', Taapsee has several exciting films in her kitty including sports dramas 'Shabaash Mithu' and 'Rashmi Rocket'. She also has 'Looop Lapeta' and the sci-fi thriller titled 'Dobaaraa' directed by Anurag Kashyap in the pipeline. 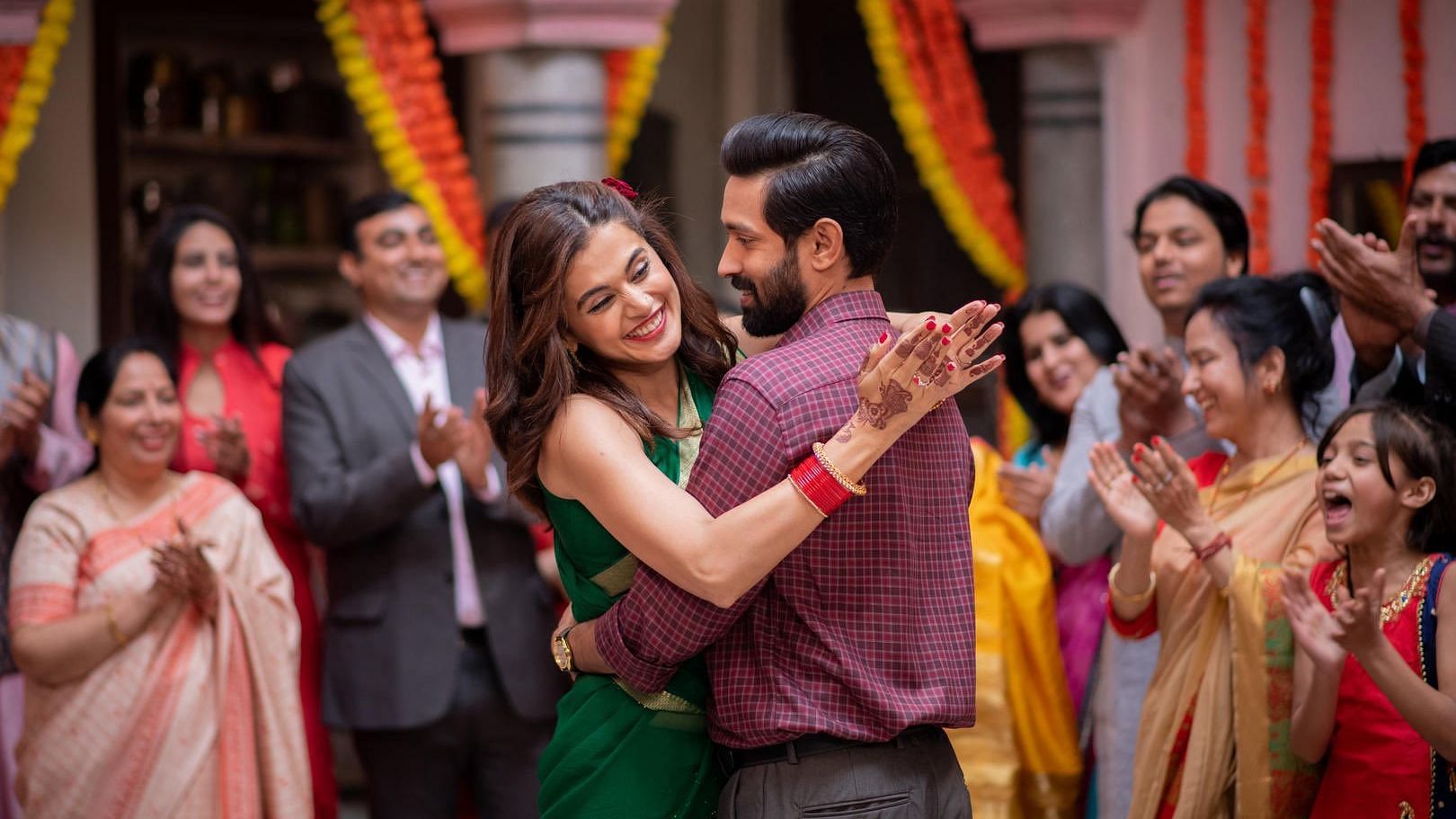 Taapsee Pannu, Vikrant Massey's 'Haseen Dillruba' to release on Netflix on THIS date