The infamous rift between Govinda and Krushna has been making headlines for quite some time now.

Bollywood actor Govinda finally broke his silence about his nephew Krushna Abhishek, days after the latter publically apologised to him on 'The Maniesh Paul Podcast'.

The infamous rift between Govinda and Krushna has been making headlines for ages. Opening up about the same for the first ever on a public platform, Krushna had apologised to his uncle for the misunderstandings between them and had expressed his love and respect for him.

Now, Govinda, who recently appeared on Maniesh Paul's show, stated that he had no problem with Krushna and asked him to relax.

In a promo shared by Maniesh, Govinda can be heard addressing Krushna and saying, "For you and Aarti, you are the kids of my favourite sister. I’ve got so much love from her. You were not able to get that love, I feel very sad about that. But, I’m not like that. Don’t let my behavior be the reason for your sadness. You don’t either (let yourself be the reason for anyone’s sadness)."

He adds, "You are always forgiven. Please releax. (I have) no problem with you. May God bless you, and keep working hard."

As soon as Maniesh shared the clip, Krushna commented under the post, "Love him too" with a heart emoticon.

Read Also
How I Met My Life Partner: 'Only those who pay Krushna and my bills can question us,' says Kashmera... 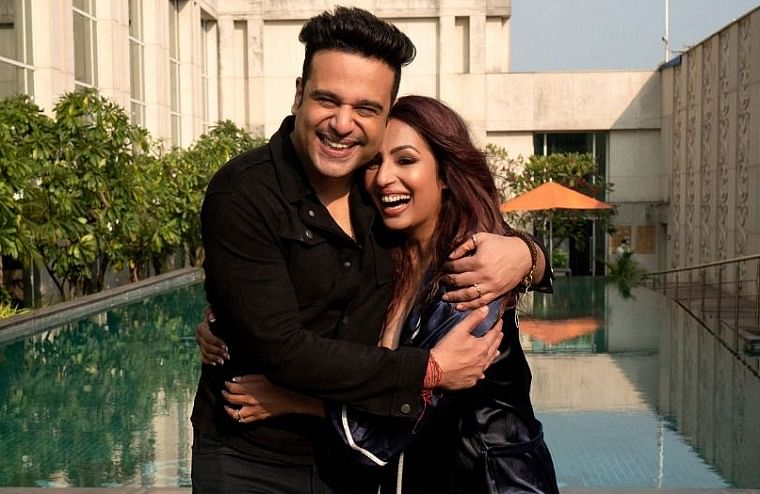