After soaring high and seeing the good days at the box office, Shahid’s career saw a major downfall from 2010 to 2013 when none of his films were making the cut

Bollywood’s chocolate boy Shahid Kapoor celebrates his 39th birthday today. Touted as the most versatile actor in the industry, the actor has come a long way from featuring as a background dancer to landing lead roles with the toughest narratives. The proud dad of two, has owned the range trend, courtesy his scintillating performances onscreen.

Shahid, despite being the son of veteran actor Pankaj Kapoor, didn’t start off with a major launch and a debut film as we see today. With a skinny bod, mushroom haircut and a bunny smile, clearly this lad wasn’t seen as star material for a while. However, his love for dance landed him uncredited roles in Dil To Pagal Hai (1997) and Taal (1999). In 2003, Shahid made his feature debut with the film Ishq Vishk, which made him a household name in no time. Within just a year of shooting to fame, he was roped in alongside Kareena Kapoor and Fardeen Khan in Fida (2004) that also set his courtship with Bebo.

The actor starred in nine films, all with a similar plotline that got him the ‘chocolate boy’ tag. However his breakthrough performance was in Imtiaz Ali’s Jab We Met (2007). It was during this film that Shahid and Kareena called it quits. That being said, his act in the film was lauded even by critics, which further escalated by his noteworthy stint in Kaminey (2009). It was the first time Shahid signed up for a double role, one which even had his character stutter. Indeed he pulled it off beautifully, and even bagged a second Filmfare best actor nomination after Jab We Met.

After soaring high and seeing the good days at the box office, Shahid’s career saw a major downfall from 2010 to 2013 when none of his films were making the cut. Using Kaminey as a cue he opted for rugged roles in films like Phata Poster Nikhla Hero (2013) and R... Rajkumar (2013), however, it was Vishal Bhardwaj (Kaminey director) again, who brought him back with another stellar performance in Haider (2014).

Was it a risk to make a romantic hero show his antagonist self? Yes, but it was only Shahid’s dedication to connect with the audience that worked in his favour. Shahid made it to Udta Punjab(2016), which jeopardised his performance after the film tangled into unending controversies. Despite all the setbacks, he went on to win Filmfare Critics Award for Best Actor.

Shahid also bagged the lead role of Sanjay Leela Bhansali's Padmaavat (2018), alongside Deepika Padukone and Ranveer Singh. Despite the notion of a couple paired opposite to each other, Shahid made a mark with his 'Rajput' essence.

His recent flick, Kabir Singh, another controversial film, was surely butchered for its toxic narrative, but on a critical note, Shahid outdid himself with the best performance of his career so far.

The actor is gearing up for another south remake Jersey, which will see him in the role of a cricketer. A first sports drama for Shahid, who has been captured by the paparazzi practicing for the role, bearing injuries and amid all of this maintaining balance to spend time with his family too. 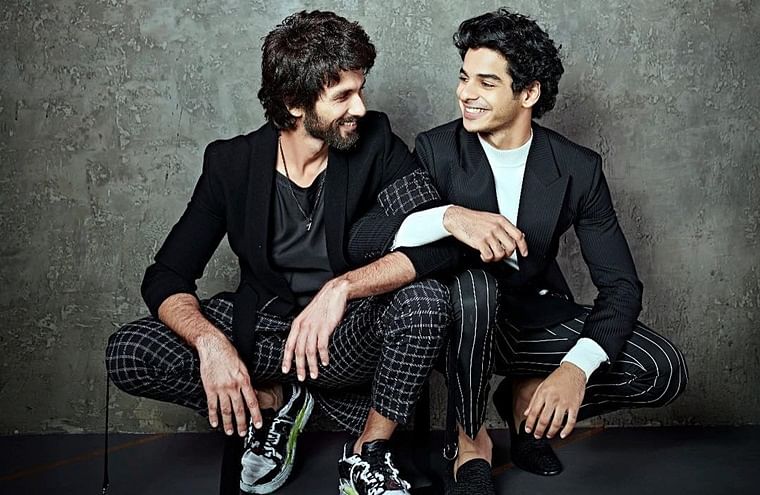