From '2 States' to 'Kalank', a look at Alia Bhatt's bridal avatars on screen

Over the years, Alia has aced various bridal looks through her on-screen characters

Bollywood actress Alia Bhatt is all set to tie the knot with longtime boyfriend Ranbir Kapoor this week in Mumbai. According to several media reports, the wedding will be a lavish affair, followed by a grand reception for the couple's industry friends.

While the news of their wedding can be interpreted as that of a match made in heaven, several reports suggested that just like other A-list Bollywood divas, Alia too will be a Sabyasachi bride. She will don a custom-made ensemble by the designer maverick.

Over the years, Alia has aced various bridal looks through her on-screen characters. 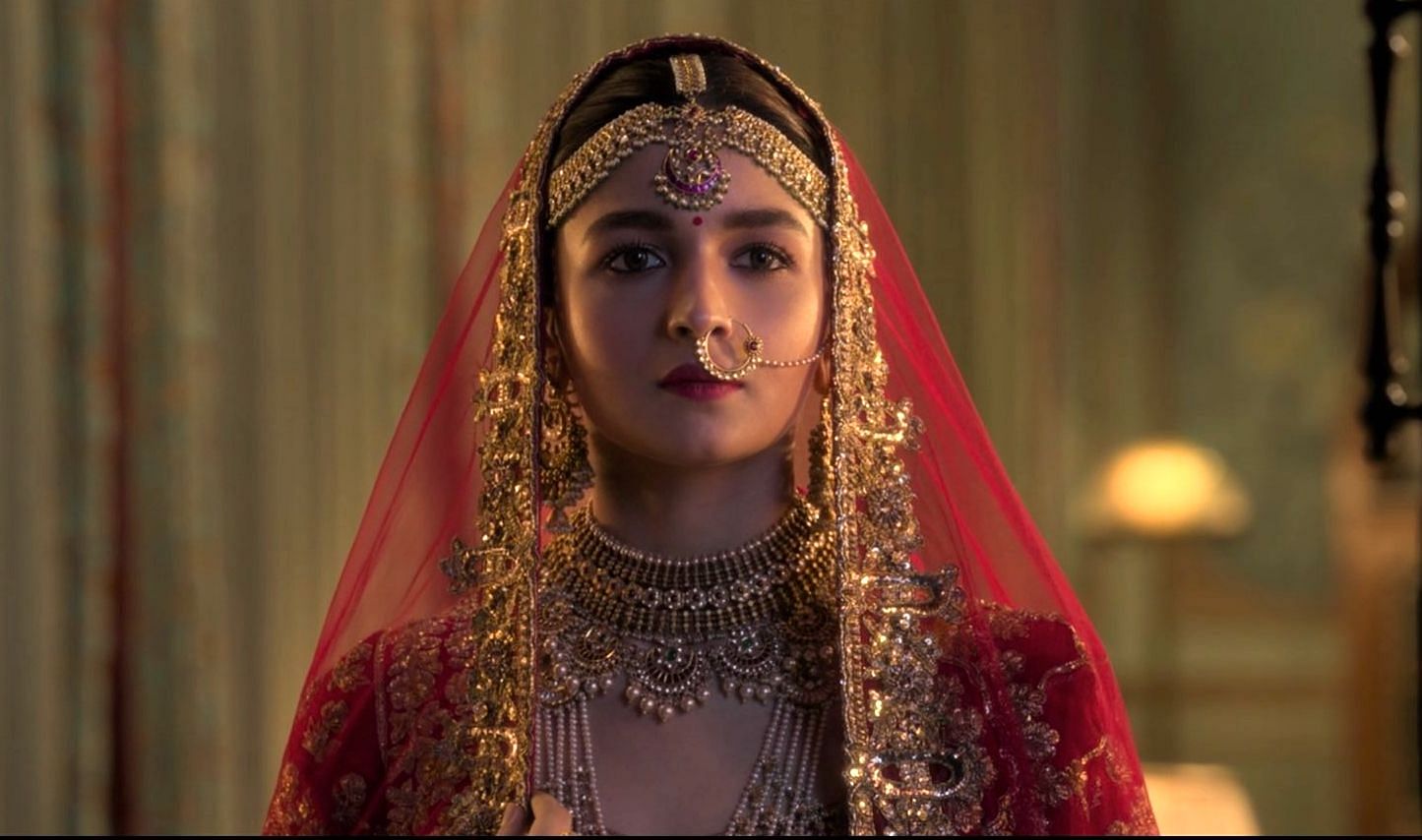 After Deepika and Katrina, Alia Bhatt to be a Sabyasachi bride for her wedding with Ranbir Kapoor?

As the much-awaited wedding of B-Town is just round the corner, check out the times when Alia was seen as a bride on screen.

Since the movie, directed by Meghna Gulzar, was set in the early '70s, Alia's look in the nikaah scene reportedly took inspiration from festive looks worn in the yesteryears. The actor made a beautiful bride in a red sharara set, which was styled with neckpieces, a maang tika, and a nath. 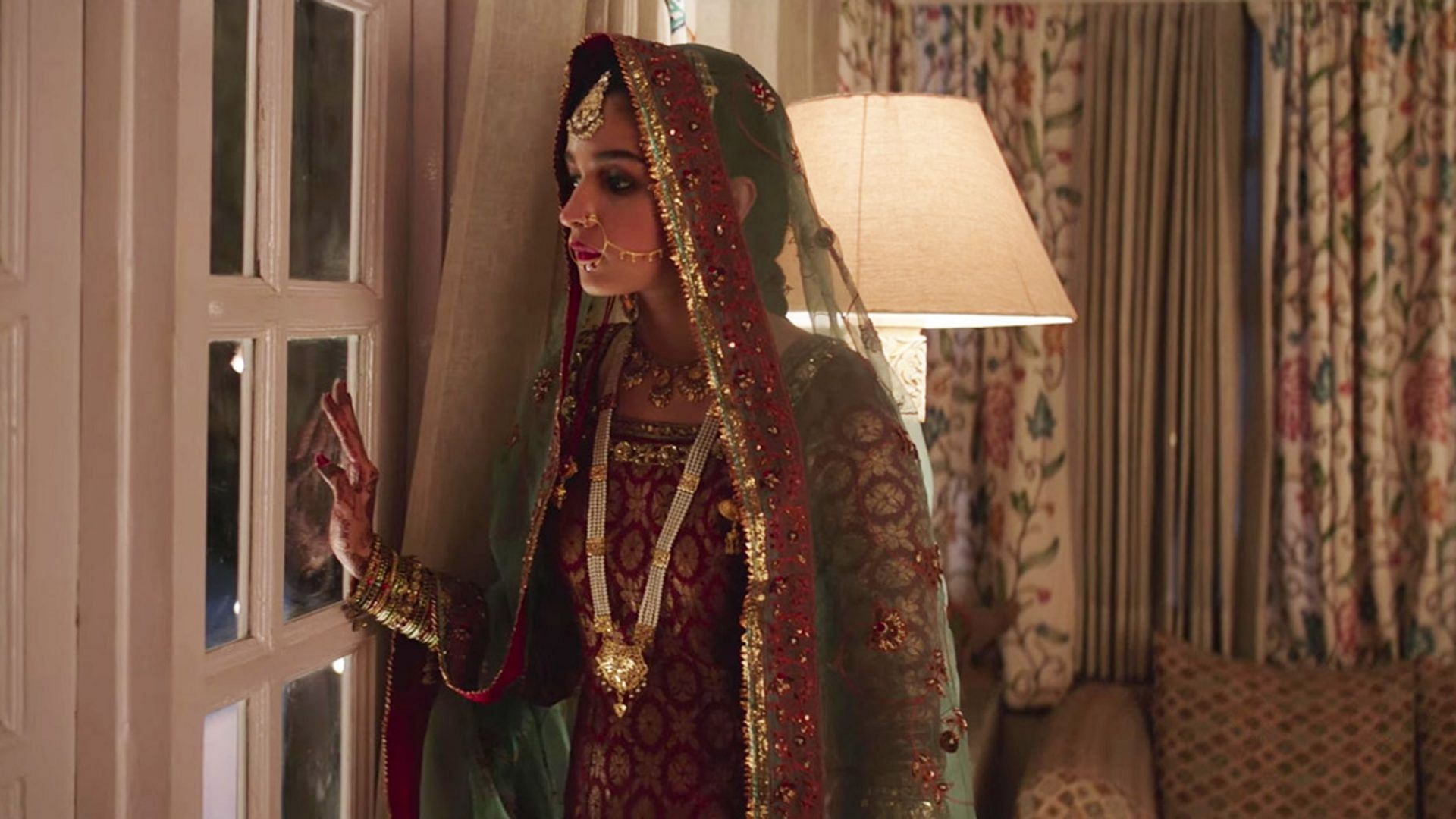 Alia transformed into a South Indian bride for '2 States'. According to media reports, Alia decked up in a traditional red saree and orange blouse designed by Manish Malhotra in the film. Alia also wore a choker necklace, jhumkas, kamarbandh, maang tika and bangles. 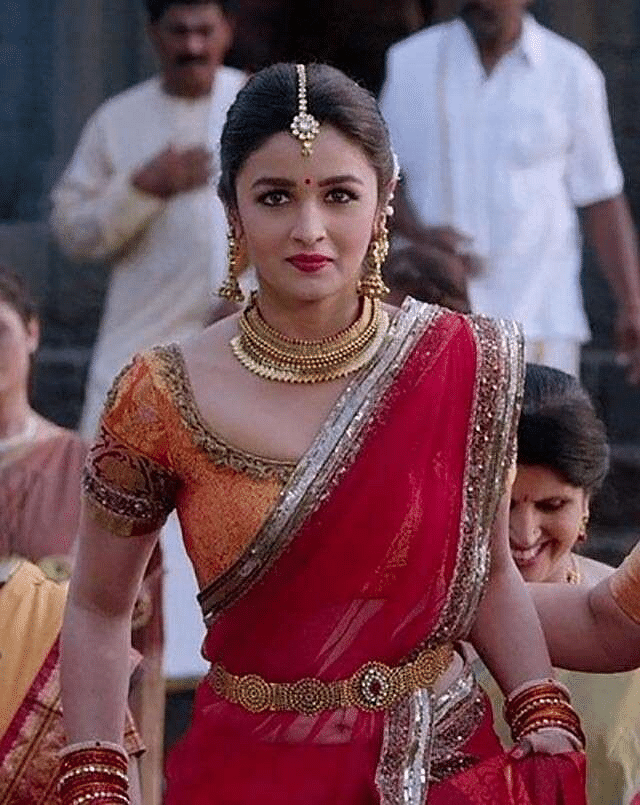 While the film failed to make an impact at the box-office, Alia's bridal look in the film definitely stole the hearts of the audience. She was seen in a red lehenga with heavy jewellery. The actress went for a royal aesthetic for her wedding scene and it wouldn't be wrong to say that Alia pulled off the red ensemble with elegance. 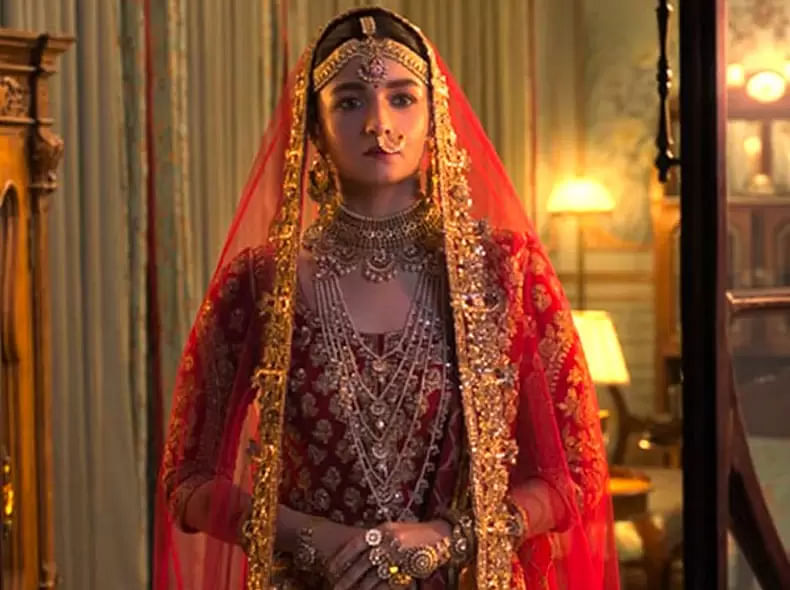 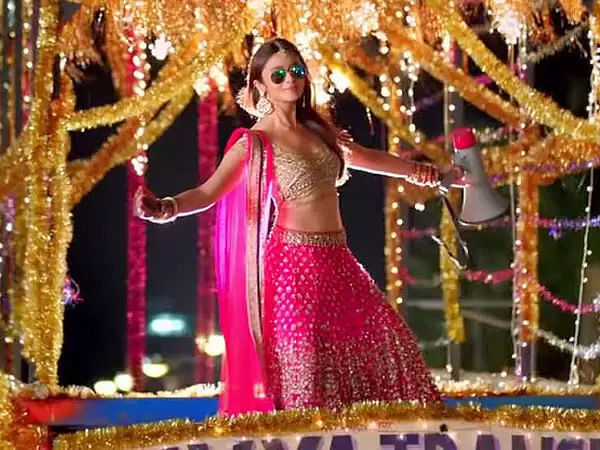 5. Ad for a clothing brand

Alia has often slipped into a bridal attire for several brands. In one of her recent ads for a clothing brand, Alia wore a maroon lehenga with gold zardozi work. She completed the look with emerald choker. 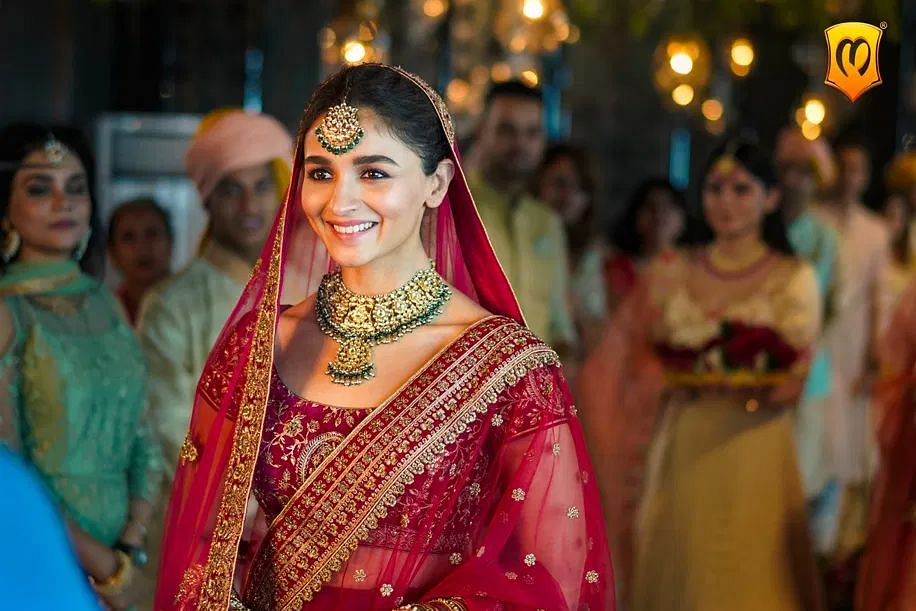 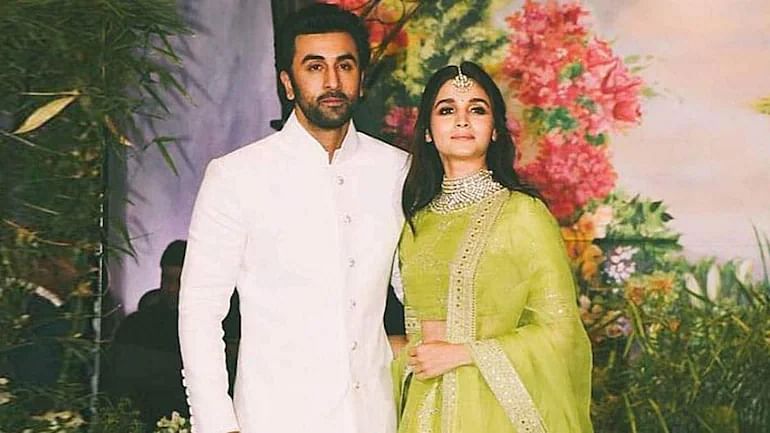