Farhan Akhtar and Shibani Dandekar have been together for three years now.

Actor Farhan Akhtar, on Thursday, treated fans with a new picture of him and his ladylove Shibani Dandekar.

In the image, the two can be seen cosily posing. "December duo @Shibanidandekar," he captioned the post.

Farhan sported a salt-and-pepper bearded look in the photograph, and Shibani looked super cute in an oversized hoodie and a messy bun.

Reacting to the image, Shibani commented, "was thinking maybe a little longer than December."

Farhan and Shibani have been together for three years now. Farhan was previously married to hairstylist Adhuna, with whom he has two daughters -- Shakya and Akira.

Meanwhile, on the work front, Farhan recently announced his next directorial 'Jee Le Zaraa', which stars Priyanka Chopra Jonas, Alia Bhatt, and Katrina Kaif in the lead roles. On the other hand, Shibani was last seen in the second season of 'Four More Shots Please!'. 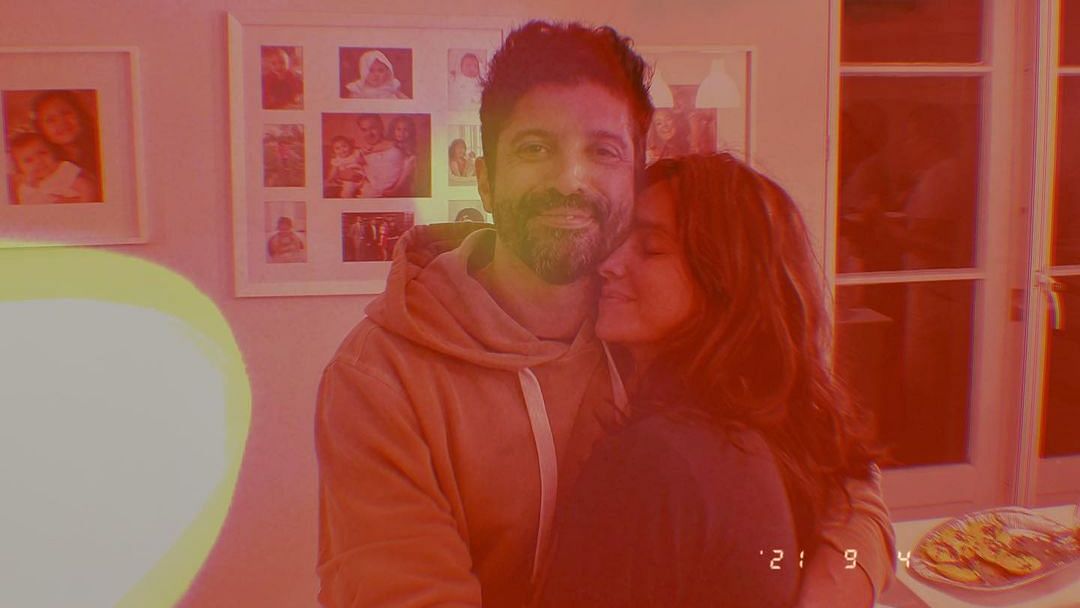