We had waited for a year to catch the first glimpse of Ekta Kapoor’s son, Ravie Kapoor and finally, on the occasion of his first birthday which was celebrated on 26th January

We had waited for a year to catch the first glimpse of Ekta Kapoor’s son, Ravie Kapoor and finally, on the occasion of his first birthday which was celebrated on 26th January, Ekta made sure the audience gets to see the first look of her son. Ekta posted a super cute video on her social media with the pictures of her friends and family and we totally love it all!

Ekta took tp her social media and shared, “JAI MATA DI Exactly a year ago on this day a new journey began... writing’ mentalhood’ had made me paranoid ...being a mother was not easy .. a life long commitment....u came smiled n I knew ...I finally belonged !!!! Thanku alt digital for making this video n gifting it to me ...n sorry maasi @smritiiraniofficial ur stressed I know :star-struck::star-struck::star-struck:...happpie bday ravioli”.

The video begins with the iconic shot of Ravie’s grandfather Jeetendra singing ‘Baar Baar din yeh aye’ from his film, Farz along with teh many visuals of Ravie with friends and family. Everything about the video is adorable. The birthday celebrations were held in town in the presence of the who’s who of Bollywood.

Making it a double celebration, it was announced that Ekta Kapoor will be awarded India’s fourth-highest civilian award, Padma Shri this year. The final list of names of the awardees is announced by the government on January 25, on the eve of Republic Day.

Ekta Kapoor, popularly hailed as the ‘content czarina’ of the industry has helped to showcase more than 100 characters in Indian Television. Charting a path with unconventional stories from the distance pockets of the nation, her contributions have been very significant in the field of arts and entertainment. Ekta Kapoor has also made it a point to help and change the portrayals of women in society through her work with content-driven cinematic projects. 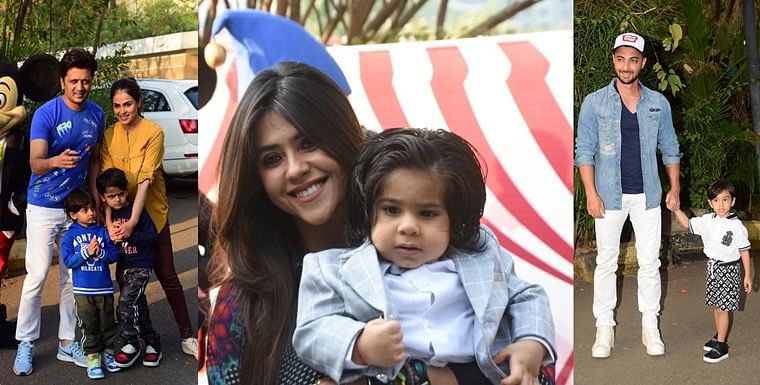