The 'PK' actor took to his Instagram stories to mourn the demise of the late hockey player.

"Very saddened to read about the demise of one of our legends. Shri Balbir Singh. It was my privilege and good fortune to ask his blessings," wrote Aamir.

"My heartfelt condolences to Balbirji's family and friends. The country has lost one of her gems," his post further read. 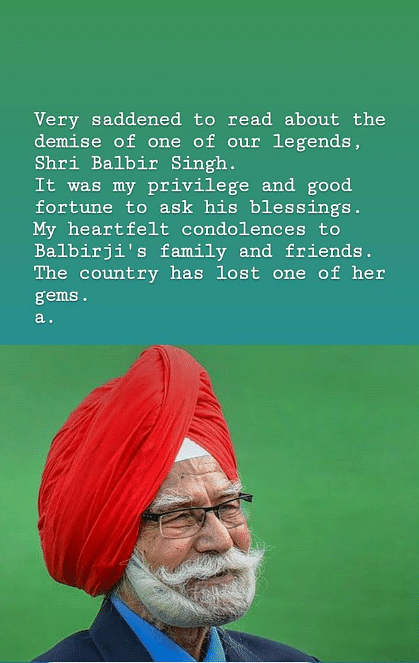 The veteran hockey player had suffered a cardiac arrest on May 12 following which he suffered two more cardiac arrests during the course of his admission to the hospital.

"Balbir Singh passed away this morning," his grandson Kabir said in a statement on Monday.

In his illustrious playing career from 1947-1958, Balbir won 61 international caps and scored a whopping 246 goals.

He was also the manager of the 1975 World Cup-winning team.